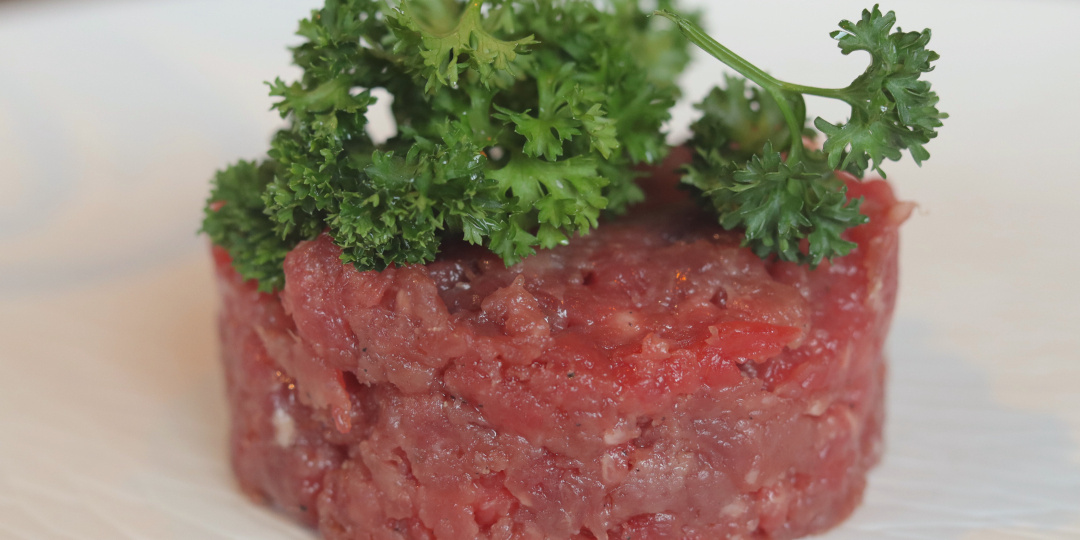 The use of raw meat in Piedmontese cuisine
August 13, 2021
4 min.
Adriano Ravera & Elma Schena
Insalata di carne cruda is a type of Italian-style steak tartare that is popular in the country's northwest region of Piedmont. Not for everyone: we at Walking Palates simply love it, but some of our friends find it too much. The Piedmontese are said to be a people of few words, which is a sentiment reflected in this recipe of few ingredients: raw meat, salt, and extra-virgin olive oil — and nothing else. This simple, nutritious dish is prepared fresh and served with mixed greens. The use of mechanically ground beef should be avoided. Instead, cuts of meat should be chopped finely by hand using a knife, a process Italians refer to as “battuta al coltello” or “beaten with a knife.” This dish used to be prepared with fresh garlic for a zesty flavor, along with a dash of lemon juice, but these methods fell out of popularity, in favor of a more minimalist approach. 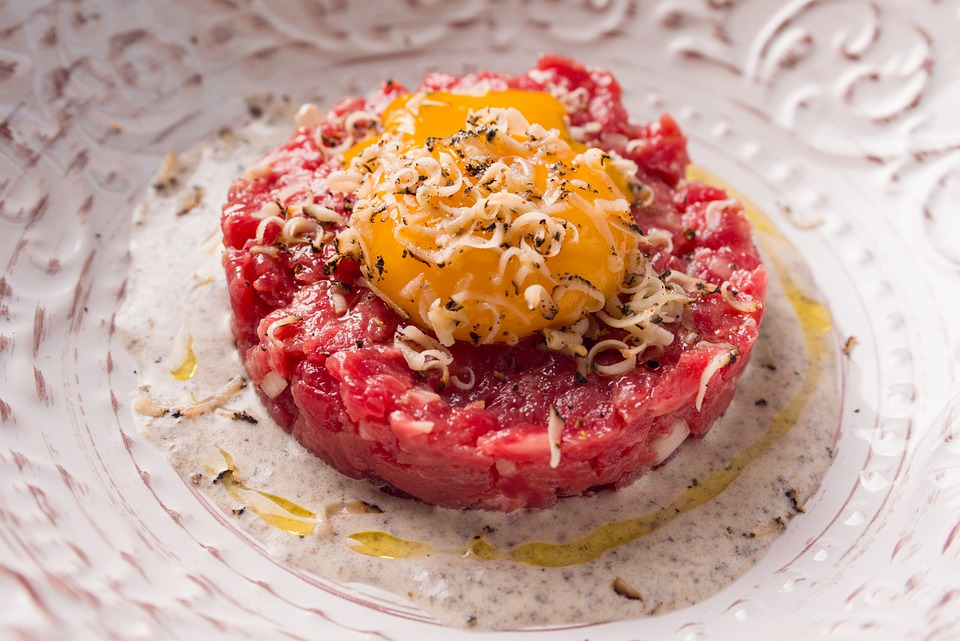 In order to prepare this dish, first of all, you need a visit from an expert in high-quality animal husbandry, as insalata di carne cruda should only be made using meat from well-bred, ethically raised animals with a certified pedigree and guaranteed PGI designation. Vitellone Piemontese della Coscia is used, made from white Piedmontese cattle indigenous to the region. Selected animals must be at least 12 months old, nourished with feed that is typically produced in-house, and raised according to local traditions. The result is lean, flavorful meat that is low in cholesterol and perfectly aged. The meat's marbling and intermuscular fat only increase its tenderness and flavor. If you visit Piedmont and are ready to try new tastes and are open to a new foody experience, it is worth exploring the region's historic raw meats. 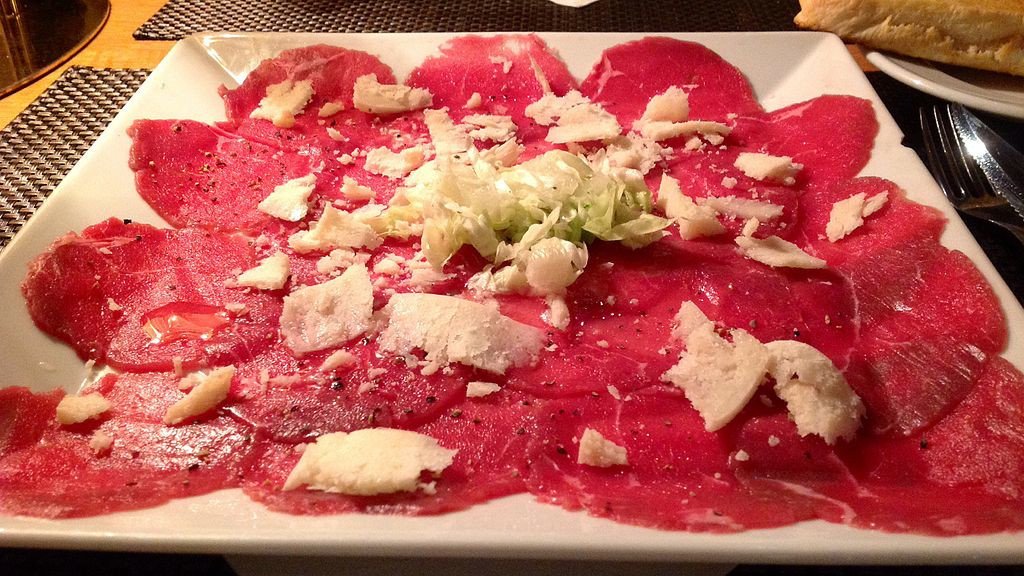 These traditions are so esteemed that they inspired other world-famous culinary delights. During the post-war economic boom in 1963, the owner of Venice's legendary Harry's Bar, Giuseppe Cipriani, invented a new raw meat dish for Countess Amalia Mocenigo, who had to follow a strict diet. This creation combined a paper-thin filet of raw meat flavored with mayonnaise, mustard and Worcester sauce. It was named “carpaccio” after the famous Venetian Renaissance painter, Vittore Carpaccio, whose works were being displayed in a major exhibition at the time. The artist's paintings featured the same tonalities as the meat — dark, vibrant reds. Piedmont re-adopted this dish and made it its own, creating the classic we know today. This item was popularized during the early years of Piedmont's food tourism era in the late 20th century. It was simplified and improved, seasoning it only with thin strips of Grana Padano cheese and white Alba truffles, when in season. It must be tried at least once!
Tags:
piedmont turin meat steak tartare olive oil garlic lemon minimalist animal husbandry harry's bar raw cattle venice cipriani veal beef carpaccio mayonnaise rennaissance red grana padano cheese white truffles alba
Other articles by
Adriano Ravera & Elma Schena
Other news categories:
Food Stories
Places
Ingredients
Dishes
To drink
The WalkingPalates library
Popular Tags:
cookbook venice milan italy recipes rome tradition piedmont cheese wine abruzzo chocolate naples meat food
Keep up with our latest news and experiences!
Subscribe to our newsletter!
Latest news:
Latest News