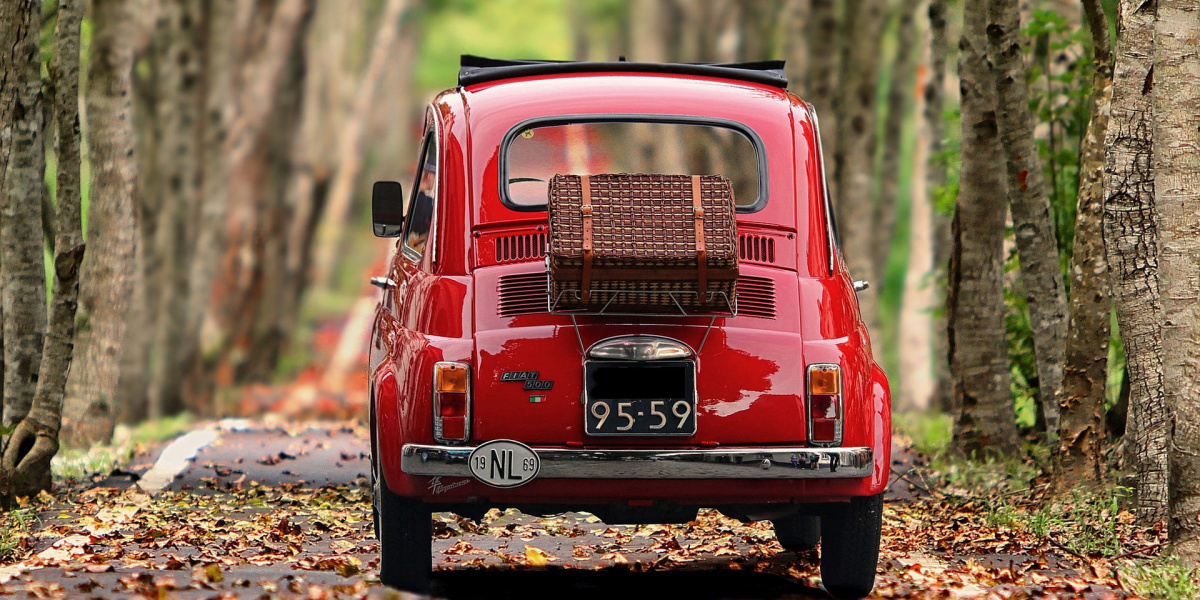 Home » Blogging Palates » When in Rome...

...eat as the Romans do!
March 15, 2019
14 min.
Sofia M.
The days are becoming longer and warmer; the streets of Rome are becoming livelier, welcoming locals and tourists to gather over traditional and classic flavours that can be found only in Italy’s capital – going beyond just “pizza” and “pasta.” There are many layers that form the backbone to the Italian cuisine in general. Each region in Italy brings has distinct and particular specialties, built on local ingredients, history, traditions... Roman cuisine, for instance, is based on the ingredients that can be found in the farms of the surrounding countriside, like pecorino cheese, local vegetables or eggs. It is perceived by Italians as unpretentious yet extremely tasty!
As we stated in our manifesto and as we keep repeating over and over, easily found products and what’s available in season are fundamental to enjoy and understand the local culture. Don’t let these “simple” and “humble” ingredients fool you into thinking you’ll be eating bland dishes. Romans have chosen minimal yet particular ingredients that create a unique balance, which will leave your palate wanting more.
All this talk about Roman cuisine; what do these dishes actually consist of and where can you try them in the Eternal City? Allora….

When you think of Italian food, what is one of the first dishes that come to mind? If you answered pasta, you are not the only one! Pasta is a huge part of Italian cuisine and culture, and has been for centuries, bringing together friends and family around a table for hours. In the end, Italy is the biggest world producer of pasta, with about 3.2 million tons every year; and Italians are the greatest pasta eaters, with an average of 24 kg (about 53 pounds) per person per year! Every region in Italy has many traditional pasta dishes of its own (as well as types of pasta). Rome has four classics, all sharing the tangy Pecorino Romano (sheep’s milk cheese) and some including the crunchy Guanciale – cured meat, similar to bacon, from the pork’s cheek. The minimal yet rich ingredients in each dish are what make these pasta dishes true Italian comfort food for the soul. 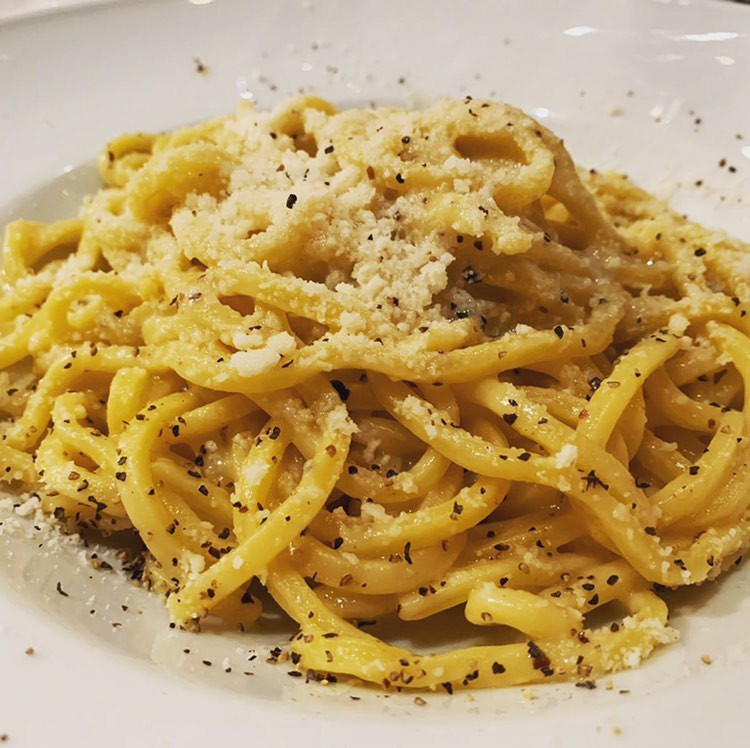 Two ingredients: Cheese and Pepper. That’s all that is needed to make the rich and savory sauce for this notorious Roman plate. The recipe traditionally calls for just Pecorino Romano cheese, however, some places have also added in Parmigiano Reggiano, or ‘parmesan,’ to their recipe. This is one dish you will not want to miss about which you can read more here and find out how to make it. 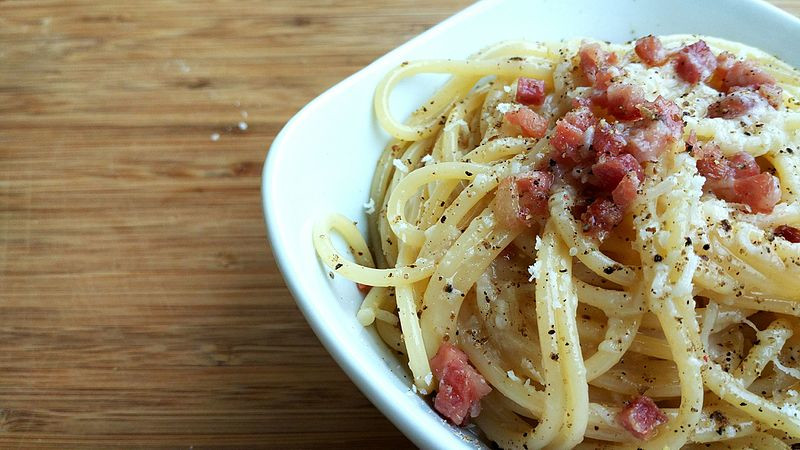 Gricia is similar to Cacio e Pepe in keeping the Pecorino Romano very alive, but Guanciale is added to create a whole different universe of flavours. 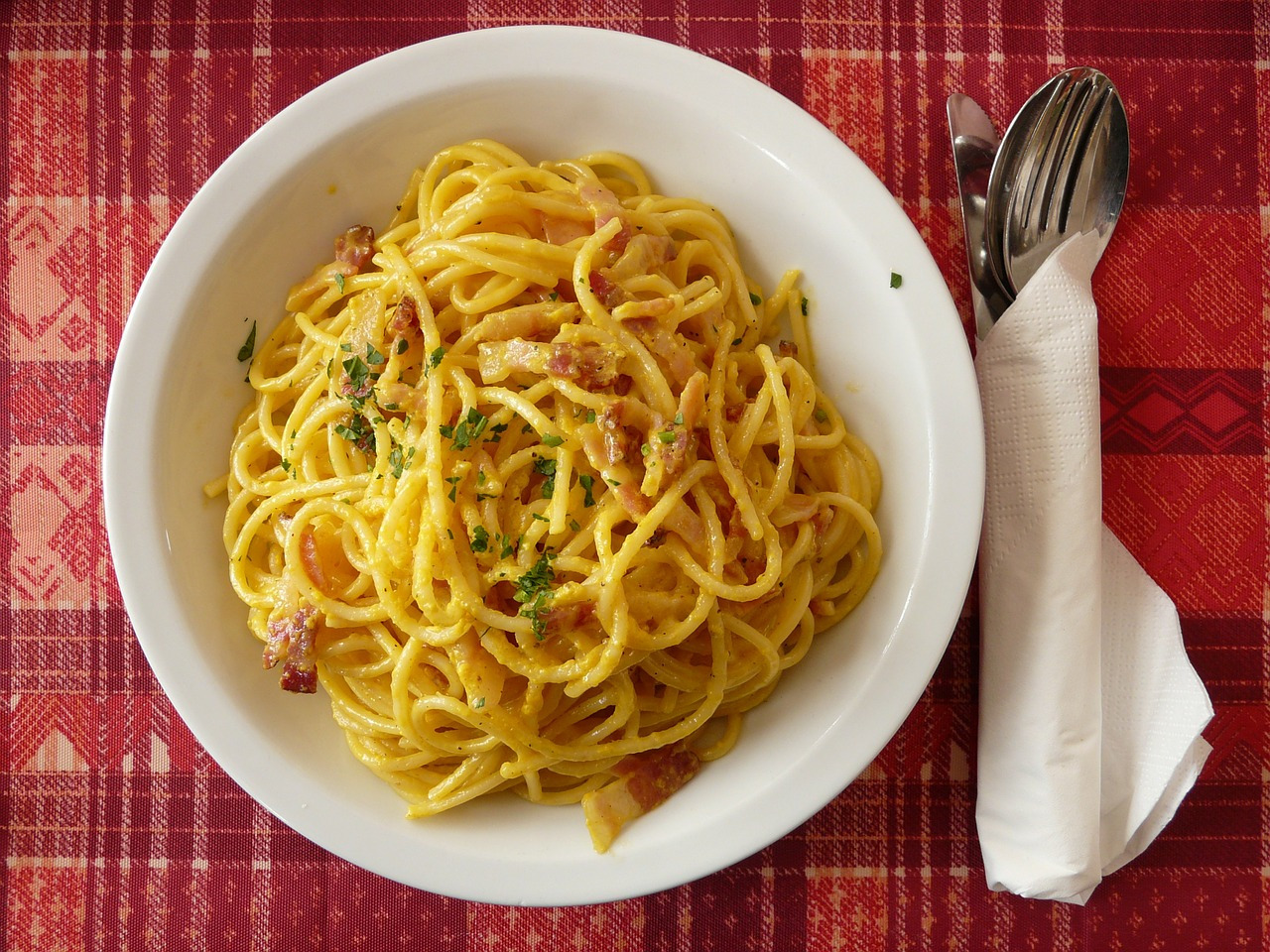 This acclaimed Roman pasta dish traditionally calls for just three ingredients: Pecorino Romano, Bacon and Egg. Some prefer Guanciale to bacon. The creamy texture and umami explosion of flavour isn’t just the ingredients themselves, but also the process behind it. 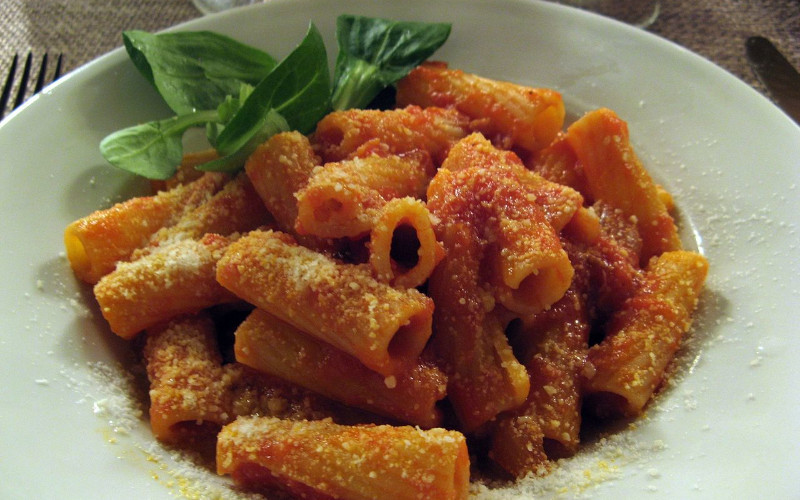 Similar to the Carbonara, the Amatriciana calls for three ingredients: Pecorino Romano, Guanciale and Tomato Sauce. A well-known classic with a burst of local flavours that will leave you feeling delighted and satisfied. We promise to write more about it.

Believe it or not, a majority of Roman dishes deemed traditional and loved by Romans (and by all Italians) are labelled as “Cucina povera”, meaning “poor cooking”. Well there, don’t get us wrong: poor in the sense of “not rich”, “simple” or “humble”! Or, according to another interpretation: food prepared by the majority of the people used to be looked down on and considered poor man’s food, or “cucina povera.” 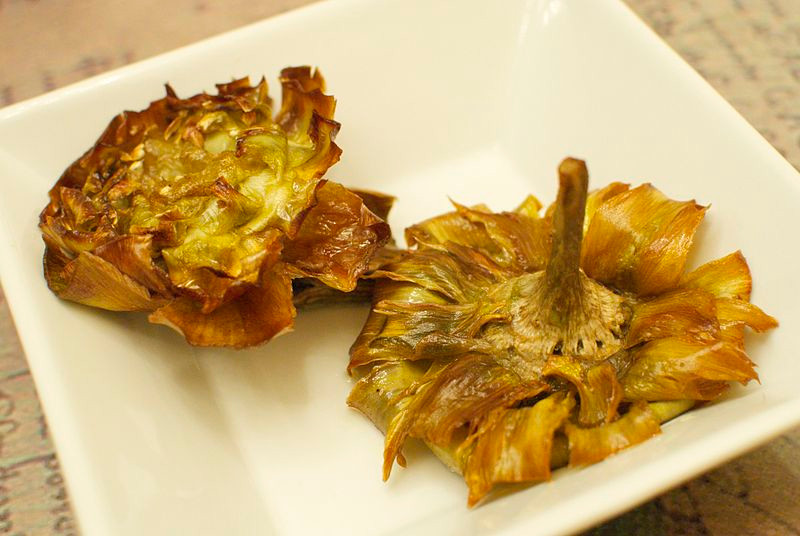 Some traditional plates that originated in the Jewish community are considered as essential components of Roman tradition. They can be easily recognized because they are still labelled “Jewish-style” (alla giudia) dishes. The Jewish presence in Rome dates back to not later than the 2nd century B.C., and some of the recipes can be traced back to very ancient cookbooks. Traditions, on the other hand, have the dishes born inside the Roman Ghetto that was established in the 16th century to specifically force Jews to live in one, fenced neighbourhood. Among the many dishes originating in the Jewish community, the most famous by far are the “Jewish-style artichoke”.
Carciofo, or artichoke, is a huge Roman staple that can be easily found on menus in Rome. Although there are several different ways to prepare the carciofo throughout the Lazio region, “
"Carciofo alla Giudia" is usually only found in Rome. Only a very tender cultivar known as cimaroli type should be used to prepare this form of fried (yet very tender) artichoke. Be sure to also try the “Carciofo alla Romana” (Roman style artichoke): a steamed preparation with mint.

Concia
Originally a way to preserve food longer – in times when fridges didn’t exist. There are similar recipes in other parts of Italy. This preserving method consists in first frying the foods and then marinating it in vinegar: known in Rome as concia. Today, if you see “concia” on the menu, it is usually specifically referring to zucchini, fried and marinated with this old method. 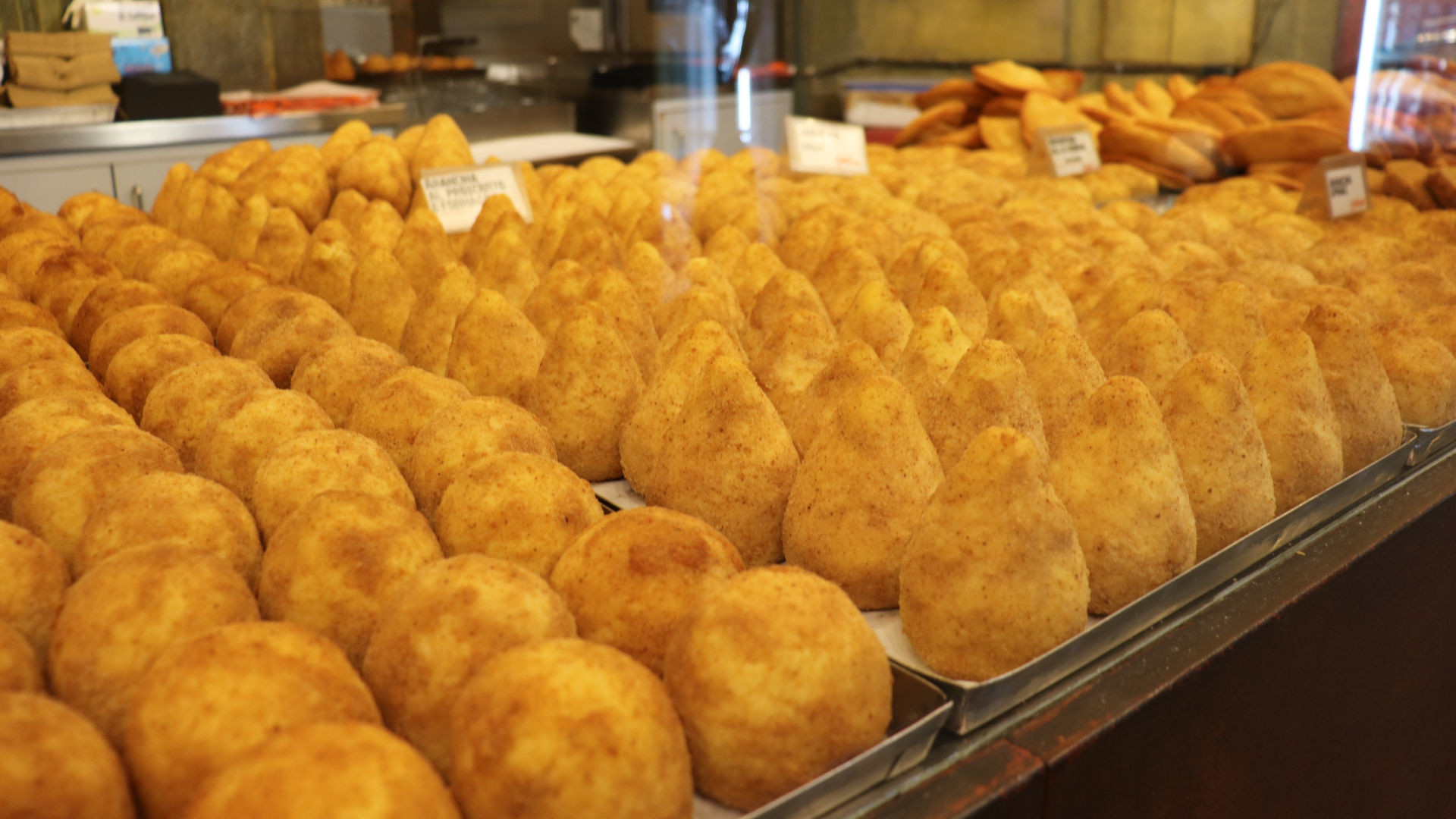 Traditions tells that supplì is the Italianized form of the French word for “surprise”. It refers to the “hidden” tomato sauce and mozzarella that you’ll find inside these deep-fried, bite sized rice balls that were originally filled also with other “surprised” like chicken giblets, mincemeat, or whatever was available and today can also be found in various flavours: saffron, squid-ink...

Filetti di Baccalà
Fried codfish is another staple of Roman cuisine. The codfish traditionally comes from Portugal or from Scandinavian country: salted and dried for preservation, it was more expensive (because it was imported) than other ingredients and therefore associated with festivities, like Christmas. Before being cooked it needs to be soaked in water for at least a day. Today fried baccalà can be found at most Roman pizzerias or other food establishments throughout Rome, and it is very popular to order as an ‘antipasto’ or enjoy it as an afternoon snack.

Other fried specialties
Romans actually love to fry just about anything, and this can be evident from many Roman menus where an entire section is dedicated to “fritti,” or “fried”. These are often considered as antipasti (entrées) or finger food that goes well with a glass of wine during an aperitivo. In addition to the fried delicacies mentioned above, you can find a plethora of other fried foods in Roman cuisine. Fior di Zucca, or fried squash blossoms, are another popular favorite. These are usually stuffed with mozzarella and anchovies before they are deep-fried. You can also find a mix of many different vegetables, fried of course, by looking for “fritto misto vegetale” on menus. 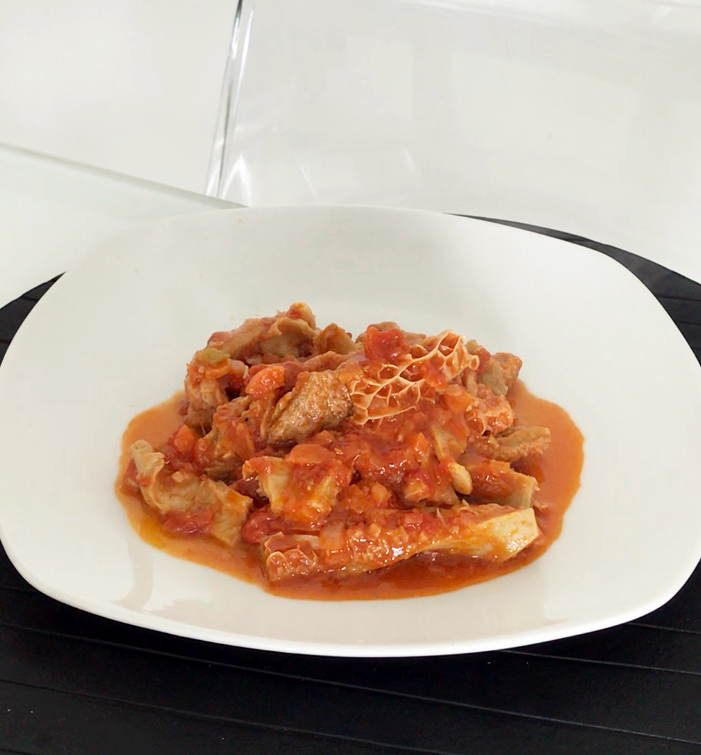 Offal (the innards of an animal) is a large foundation of the Roman cuisine. Dating back centuries, it is a classic of “poor cooking”: only the poor would consider eating these parts because they were relatively cheaper than other meatier and richer parts of the animal. You can find a handful of different offal specific dishes on Roman menus such as brain, tongue, tail, sweet breads and probably the most well known – Tripe (the upper part of a cow’s stomach). In Rome, Tripe is simmered in tomato sauce and topped with cheese and is now enjoyed by all classes.


Pizza
Last, but not least, is the world famous pizza. Roman pizza is original in its own way and quite different than the pizza you get in other part of Italy. It comes in two types: round and “al taglio”. Pizza tonda, or “round pizza,” is what you are probably used to seeing or expecting when coming to Italy. The big, round pizza is cooked in a large wood fired oven and can be topped with a variety of different foods. From simple mozzarella to hard-boiled eggs and artichokes, the menus at Roman pizzerias are usually extensive and invite you to try something new. Oh, and no sharing allowed! Round pizzas are usually expected to be eaten individually. The Roman type is thinner than in other parts of Italy, sometimes even paper thin and crispy when it comes to crust. Pizza al taglio, literally means pizza cut (or pizza by the slice) on the other hand, is square and slightly higher. The dough is spread out in a long rectangular form with an array of different toppings. Once out of the oven, the “pizzaiolo,” or pizza man, cuts smaller rectangular/square slices that can be sold by the slice or by weight. It is usually enjoyed for a quick lunch or snack, it’s cheap and simply fantastic! Pizza bianca – literally translating to “white pizza” – is one specific kind of pizza al taglio. This is probably quite different from the pizza you are used to. No sauce, no cheese, very bread-like. It is simply topped with salt and olive oil and is served by the square, or “al taglio”. It’s a Romans’ favourite that’s incredibly rich in flavour despite its humble appearance. It can be filled with mortadella: this snacky sandwich is called “Mortazza” by the Romans. 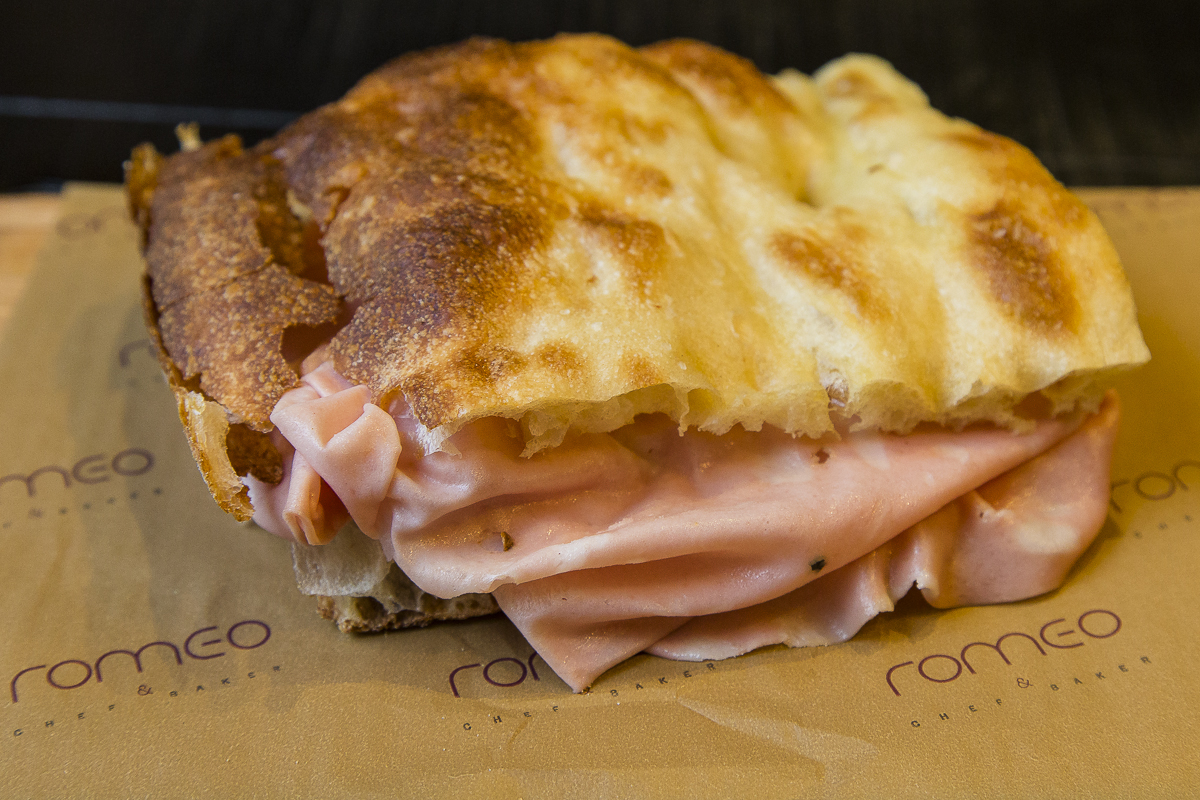 Simple, local, humble, peculiar: all words describing the tradition behind classic Roman cuisine. A big lesson to take from it is that it doesn’t take many ingredients to make something delicious and unforgettable, you just have to use fresh ingredients and savoir faire. Whether it’s your first time in Rome or even your third, we bet there is still a Roman delicacy you have yet to try, and we cannot wait to share more of Rome’s culinary traditions with you during our Walking Palates tour in Rome or in another post.