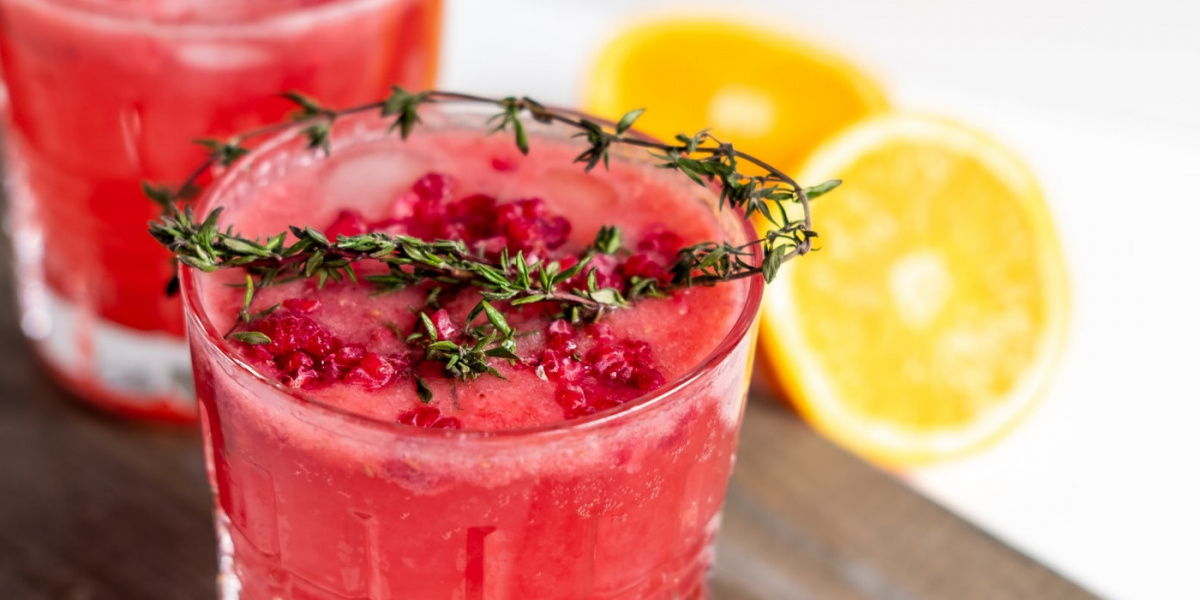 Cocktails that can match a thousand tastes
June 06, 2020
12 min.
Margherita T.
The weekend has finally started! A long week of work, or study, has ended and the only thing we need is to relax, meet with friends and have a chat. What's better than going to your favourite bar and chatting while having a rich aperitif? Of course, especially if you’re in Italy, sipping… a spritz!
Here we are, for those who want to go beyond the classic, orange-coloured "Aperol spritz" and the red "Campari spritz". Those two are what comes to mind for most of us when we hear the word "spritz". Yet, there is a whole world to discover beyond them. However, before opening the door onto this fantastic universe, we will allow ourselves a brief digression on the origins of this drink and on the ways of drinking it in Venice region, its birthplace, from where it set off to become the King of the Italian aperitif. If you are only interested in variant recipes, click here.


The origin of Spritz

The "spritz" appeared in the nineteenth century in the Venice region, back then part of the Habsburg empire. It is said that central European soldiers, accustomed to beer, found the local wines too strong, and "sprinkled" them with sparkling water. In fact, the name "spritz" derives from the German verb "spritzen", to sprinkle. Today in the Venice region and as far as Trieste, is consumed almost more than water. The Venetians jealously claim to be its creator, and that they are the custodians of the true recipe. Mixing water with wine may seem sacrilege to some, but the alcoholic inquisition grants an exception for the Spritz.
At the beginning of the twentieth century, Seltz began to be used as an alternative to carbonated water, and in the 1920s, various drinks and liquors began to be added to this drink. This variant spread from Venice and Padua to all of Northern Italy, and progressively expanded throughout the whole country and beyond the borders. In 1986 the spritz was included in the list of the IBA (International Bartenders Association), whose recipe includes: 9 cl of prosecco, 6 cl of Aperol and soda or Seltz to taste. Usually, the garnish includes a slice of orange and / or an olive. 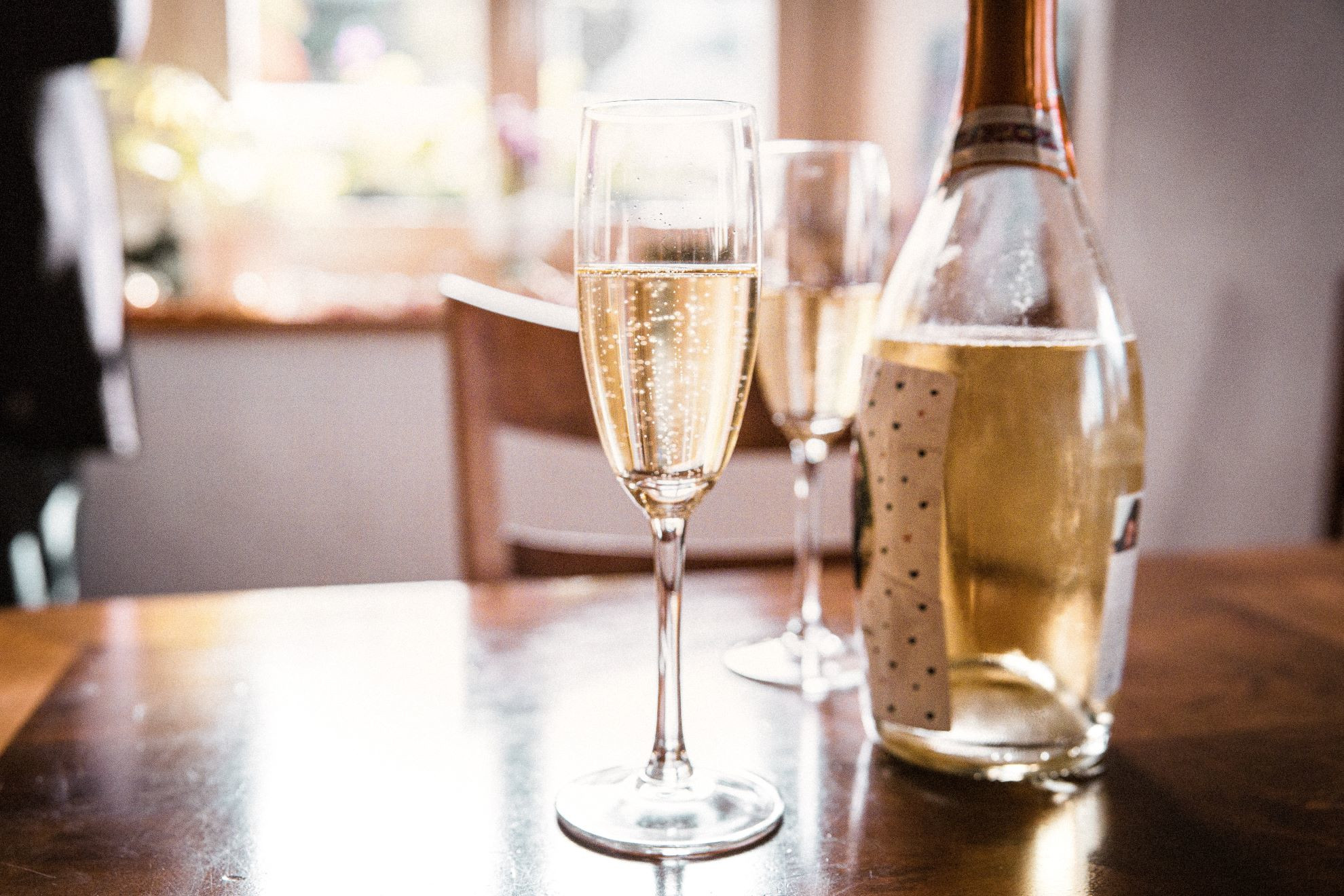 And beyond Venice region?

Many today say that, as for dialects, in Italy when you change the city, you find a different Spritz. In fact, there are many recipes similar to the classic one and almost as ancient, such as the typical one from Lombardy which uses Campari bitters in place of Aperol. The original recipe, which uses still white wine instead of prosecco, is still widespread in many parts of northern Italy.
As a Friulian, I can assure you that in my region it is still customary to drink spritz in the old way, that is white wine (or even red!) diluted with sparkling water and possibly garnished with lemon. I still remember when, during my first work experience in a bar, "non-indigenous" customers asked me for a pitcher of Spritz and I, not paying too much attention to their marked Milanese accent, proudly brought them a pitcher of white spritz (obviously with ice and lemon) ... I still remember their bewildered and very perplexed expression (Oops!).

Enough chatting, it is time to discover ancient, new and imaginative variations to try it!
Let's start with the classic variants, those that come closest to the original Aperol spritz, and which have been rooted in some territories for decades.

• Pirlo, widespread in the Brescia area, made up of still white wine, Campari bitters and sparkling water, garnished with a slice of orange.
What you get is a more bitter and bold variant, in fact, the Campari bitter is more alcoholic and bitter than the Aperol.

• In Valtellina it is customary to replace Aperol with Braulio, a local bitter liquor made of various aromatic plants, such as absinthe, yarrow, juniper and gentian.
The result is a more aromatic and bitter spritz, perfect for those who prefer these flavors.

• In 1920, Select was born, the Venetian bitter par excellence, still used today as a basic ingredient for a spritz in Venice, mixed with still white wine and sparkling water.
Select is a more intense and complex bitter than Aperol: in fact, the sweet citrus notes blend with the bitter notes of roots and bark. Definitely, a variant to try.

• Also in Venice (and its surroundings), it is possible to try the Spritz al Cynar, pleasant and different, not too bitter. Cynar is a liquor made with artichokes. A variant much appreciated by my over-seventy-year-old friends. 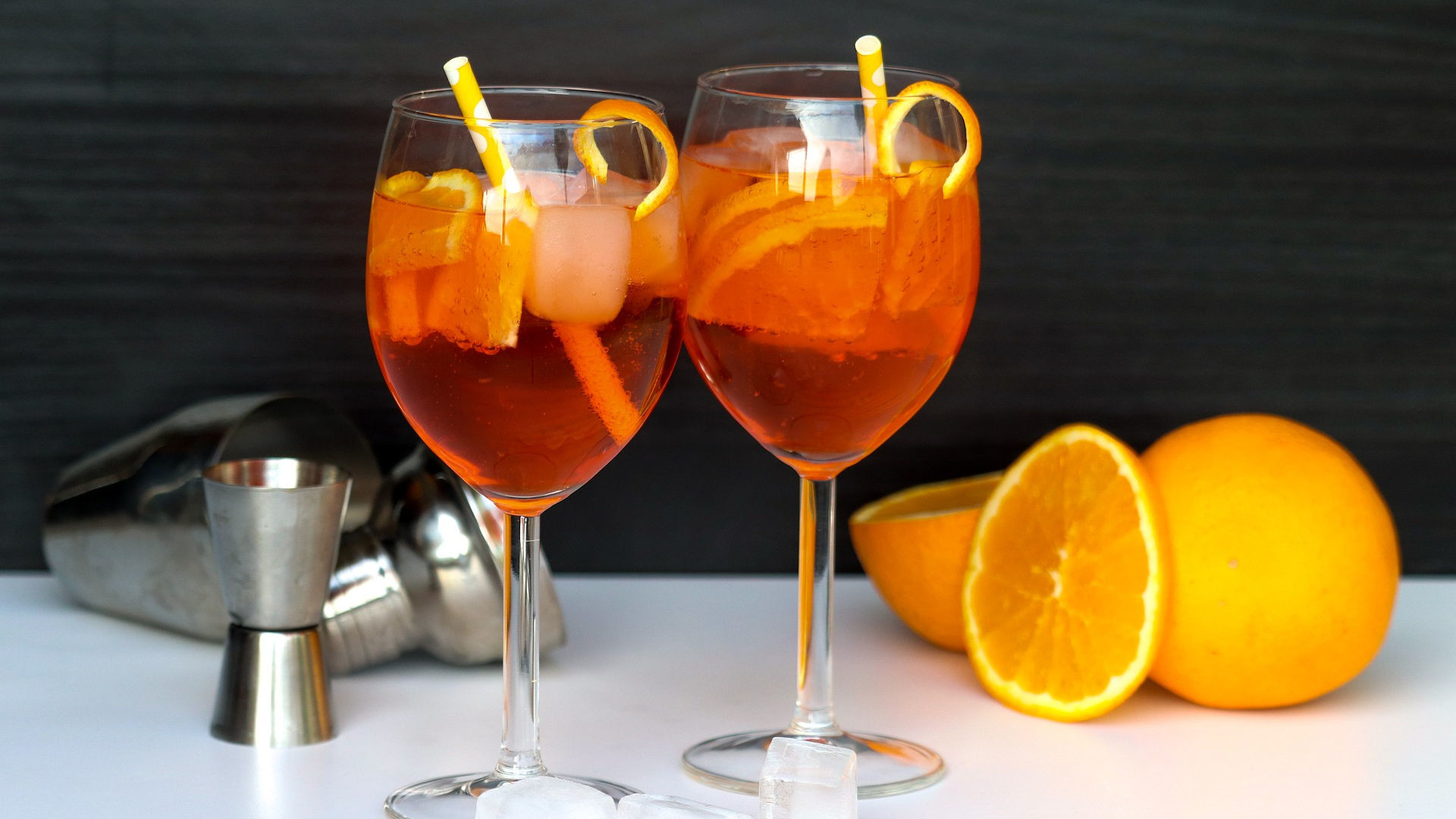 Let's now discover other, more imaginative and extravagant variants, for all tastes!

• I would start with the Hugo spritz, widespread especially in the north-eastern part of Italy, made with prosecco, elderflower syrup and sparkling water.
It is also possible to use elderflower liqueur instead of syrup, to obtain a more alcoholic variant. The garnish usually includes a sprig of mint and a slice of lime, but nothing prevents you from giving vent to your imagination: a slice of apple, a few currant berries or berries, perfect for giving colour.
The Hugo spritz is suitable for those who do not like the bitter taste, but prefer sweeter flavours; moreover, having only prosecco as an alcoholic component, it is a light, undemanding and very tasty variant.

• Himbeer-Hugo is a variant of the Hugo spritz, made with prosecco, sparkling water, elderflower and raspberry liqueur. In fact, “Himbeer” is the German noun for “raspberry”.
Himbeer-Hugo is excellent garnished with raspberries, a sprig of mint and a slice of lime.
This spritz is perfect for those who prefer sweet and fruity flavours. In fact, unlike the classic Hugo, the Himbeer has more pronounced fruity notes.

• The rose spritz, of which I propose two variants here:

The first involves the use of Rosen bitter, which is an alpine rose bitter drink produced in the Eastern Alps. This variant allows you to obtain a spritz similar to the classic one, in which the bitter notes blend, however, with a marked floral one.
The Rosen spritz is perfect for those who want to try something new that does not stray too far from the classic.

The second variant is the one that involves the use of a rose liqueur, thus obtaining a spritz with more floral and sweet notes than the Rosen spritz.
It is not for everyone, as the flavour of the rose is very peculiar and accentuated, so I recommend not adding the dose of liqueur equivalent to that of Aperol, but a little less, to avoid the rose overpowering the prosecco.
Despite being a rather light cocktail, its non-alcoholic version cannot be missed: just don't tell my grandfather that I told you about it, because he wouldn't understand. The non-alcoholic spritz recipe can be prepared in several ways. The most used one mixes two parts of orange juice, one part of non-alcoholic bitter and one part of soda, and serves it all with ice and a slice of orange. 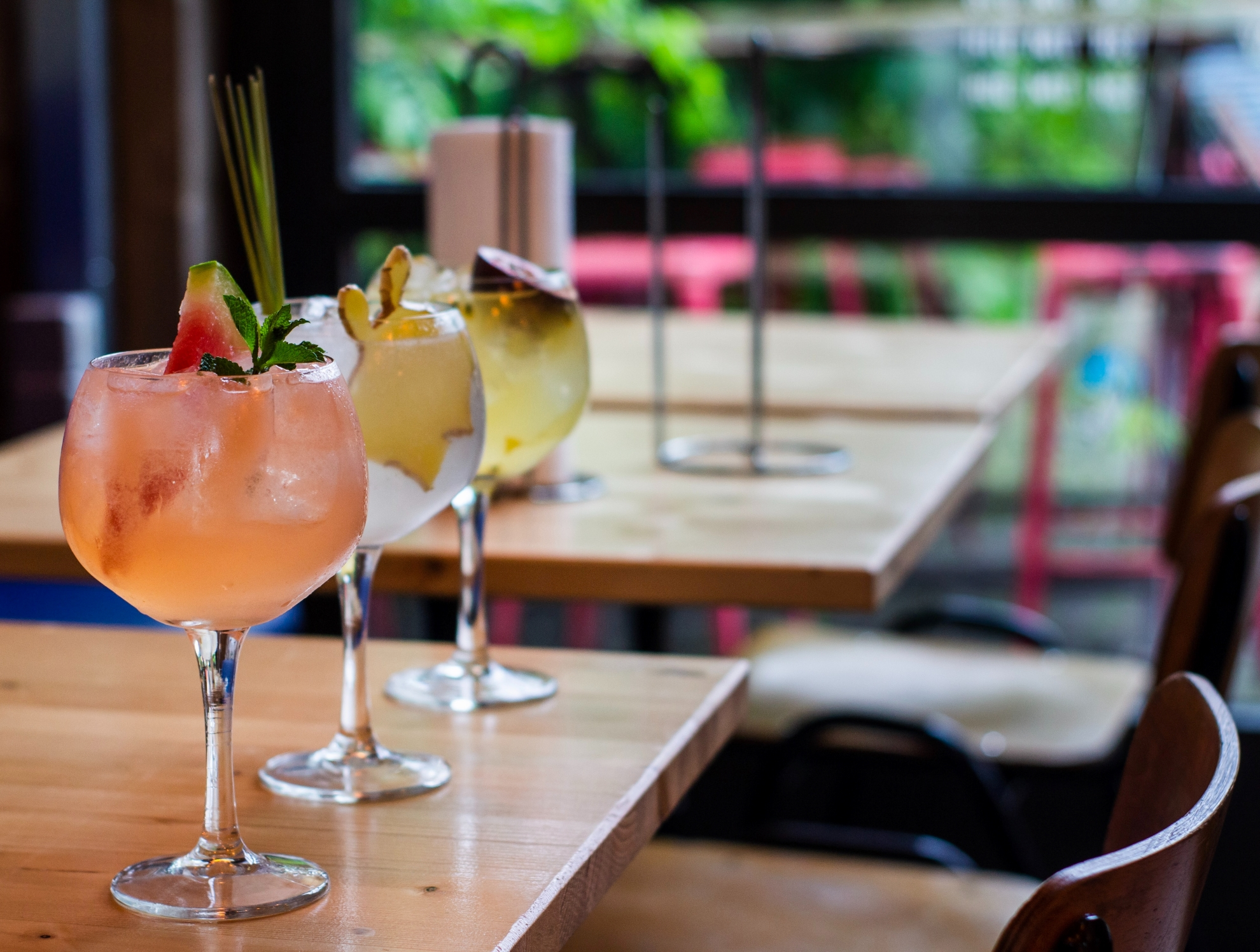 Obviously, the variations of spritz are almost endless, and you can give vent to your imagination using many other syrups, liqueurs, bitters, bitters, vermouths typical of a place or another. I recently tasted (and found excellent) the spritz with lavender liqueur, one of a kind, very aromatic. I also found the spritz with ginger liqueur, slightly spicy, and much interesting.
Finally, the spritzes made with fresh seasonal fruit blended at the moment are excellent for the summer: a sort of Rossini and Bellini, so to speak.
In this case, imagination and personal taste are the watchwords: for example, a friend of mine now drinks nothing but passion fruit spritz from June to September, to which you can add, in addition to fresh fruit, also Passoã, a passion fruit liqueur, if you’d like to give it a stronger twist. 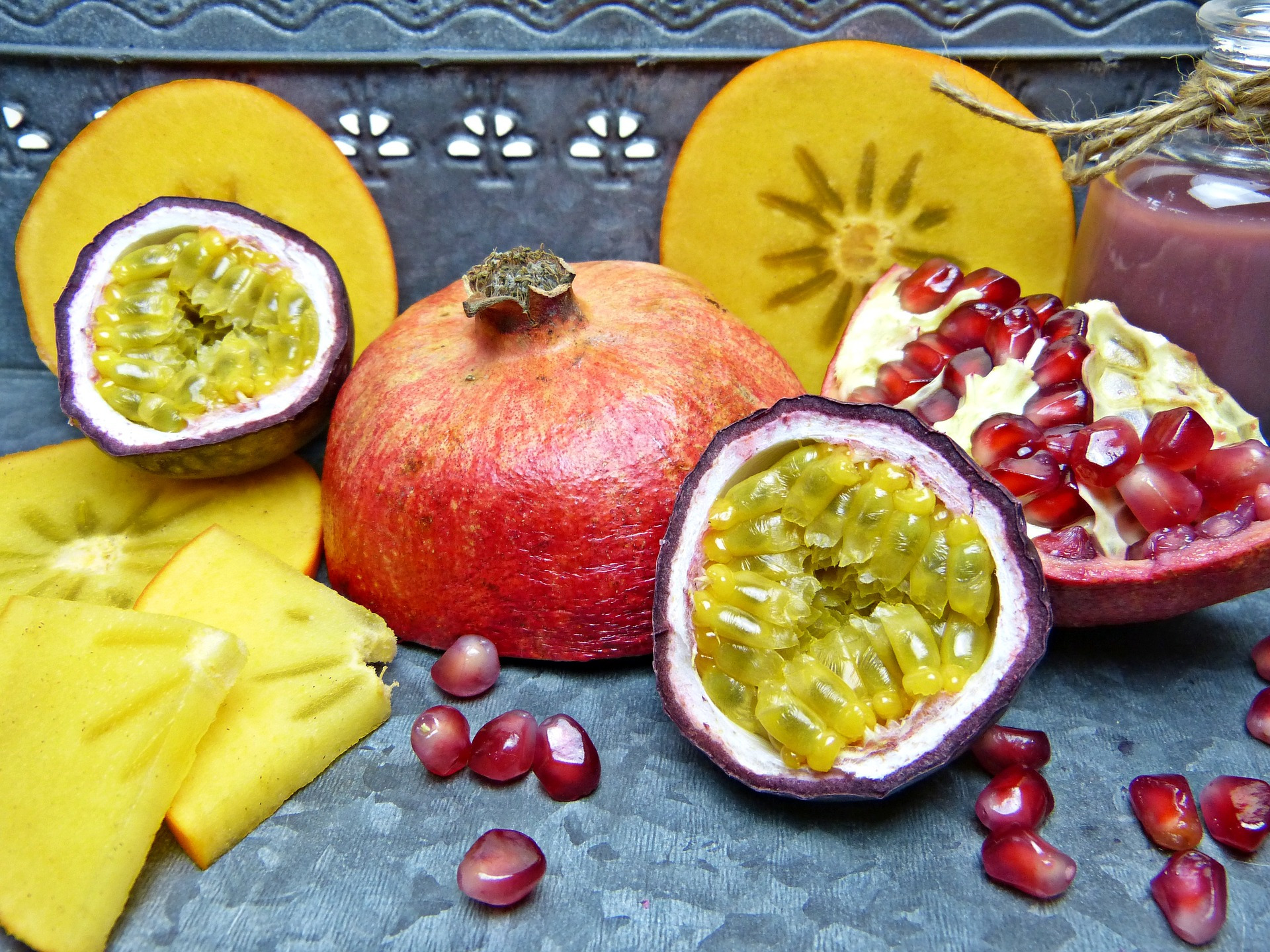 But why not an excellent spritz with strawberries? What if I told you that the one with grapefruit and basil is also very good? Of course, we are probably straying kind of far from the original, but nothing prevents us from thinking out of the box and experimenting with new recipes, in which passion, imagination and the quality of the raw material are the key ingredients.
But be careful not to get too enthusiastic and do like that German tourist who asked me for a spritz with Aperol and draft beer... Well, it may have not been as bad as it sounds, since he drank five of them!
Tags:
spritz aperol spritz campari spritz venice spritz select cynar hugo himbeer-hugo rose spritz innovation vatiations grapefruit liqueur flavor
Other articles by
Margherita T.
Other news categories:
Food Stories
Places
Ingredients
Dishes
To drink
The WalkingPalates library
Popular Tags:
chocolate piedmont milan venice meat wine recipes cookbook abruzzo tradition food rome cheese naples italy
Keep up with our latest news and experiences!
Subscribe to our newsletter!
Latest news:
Latest News