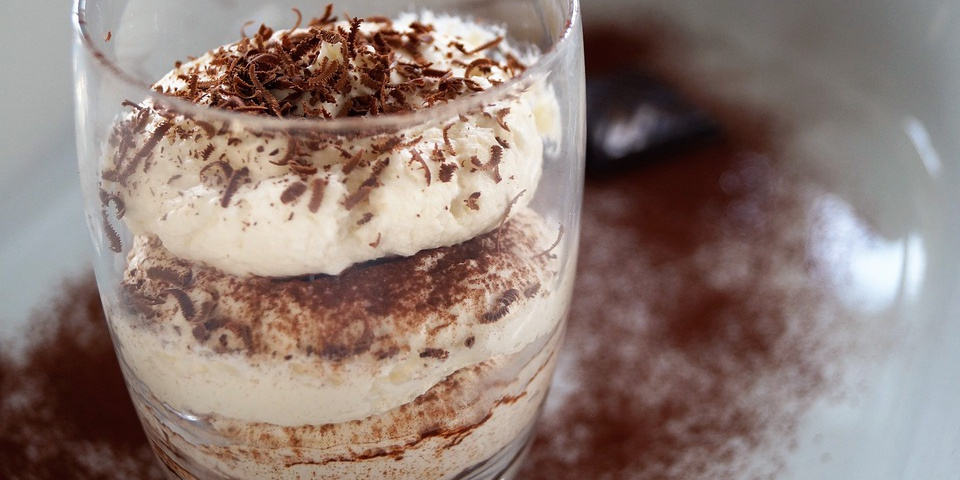 Italians do it better!
January 28, 2020
8 min.
Chef S.
Tiramisù is one of the most popular desserts in the world. After pasta and pizza, it is probably the most well-known Italian dish. Today it is among the top twelve most widely recognized Italian words in the world and of the top three throughout Europe. In China, it is the most clicked-on Italian word on the Internet.
In a famous scene from "Bridget Jones’ Diary", the protagonist, played by Renèe Zellweger, notes in her diary that the greatest guilty pleasure in her life is none other than tiramisù. And who can blame her? The name itself is evocative. Its creation is ostensibly simple, as often in Italian cuisine, consisting of a handful of different elements, but the result is a formidable dish that ensnares all who venture to taste it, thus yielding a perfect synthesis of the Italian culinary imagination.


The Traditional Recipe and Its Variants

The traditional recipe soaks savoiardi biscuits, a sort of ladyfinger, in coffee, in alternating layers with a cream made with mascarpone cheese, sugar and eggs, and finally dusted with cocoa powder. Not surprisingly, because of its simple execution, it is one of the first desserts that one learns to prepare in Italy. Provided that fresh ingredients are used, the result is usually excellent.

Through the years, many variations have been proposed: from the simple addition of liquors like Marsala, Alchermes, or rum, or the addition of dark chocolate shavings inside the mascarpone. In a more unorthodox version - strawberry tiramisù - the coffee is substituted with strawberry juice and the layer of cocoa powder is swapped out for fresh strawberries. There are of course variations with other kinds of cookies and biscuits, with sponge cake, limoncello, Nutella, heavy cream, and there are of course ice-cream versions of tiramisù. Rest assured that the future still holds many fantastical incarnations of this versatile and well-loved dessert.

There exist many versions of the origin of tiramisù. According to some, the legend spans back to the seventeenth century, its first preparation by Sienese confectioners for the visit of the Grand Duke Cosimo III de’ Medici. On this occasion, it was aptly named, “The Soup of the Duke”. The Grand Duke of Tuscany brought the recipe with him, and made it famous. It then reached Treviso, close to Venice. The soup quickly became popular among courtiers who would consume it to fuel their romantic encounters, lending to it the more provocative name, “tiramisù” or, “lift me up”.
Conversely, some attribute its origins to Friulian chef Mario Cosolo of the Italian Navy. In the May of 1938 in Pieris, a hamlet within the town of Gorizia on the border of Italy and Slovenia, Cosolo prepared this dessert for the King of Italy, Vittorio Emanuele.
Others maintain, however, that the origins are much more recent - between the end of the 1960s and the beginning of the 1970s, by the pastry chef, Roberto “Loly” Linguanotto at the famous Italian restaurant, Alle Beccherie in Treviso, to be precise. The same Linguanotto declared that the first recipe was recovered from the ancient “sbatudin” - a Venetian confection comprised of egg yolks and sugar that was used by farming families as a tonic - to which they simply added mascarpone. Then of course, mascarpone comes from Lomardy region, and if you happen to be in Milano or Monza you will probably hear claims that it is an ancient Lombard recipe. The same is true for savoiardi ladyfingers, that were born in the Piedmont region…
The recipe for tiramisù does not appear in cookbooks until the 1960s and the first mention of the name in the Italian dictionary was in 1980, suggesting that the recipe for tiramisù, as we know it today, is a recent invention. Yet we know about many similar desserts that existed in the past in various parts of northern Italy. So, it is ancient and old at the same time. It is Venitian, Milanese and from Turin at the same time. In other words: Italian.
In a 2012 interview with Italian news, Carlo Campeol, the last owner of the historic Alle Beccherie affirms: “At the beginning of the 1970s a dessert was born - not by inventing anything, but by merely joining commonly used and well-known ingredients, in a somehow ancient way - that sparked the imaginations of many and the desire for birthright by all.” 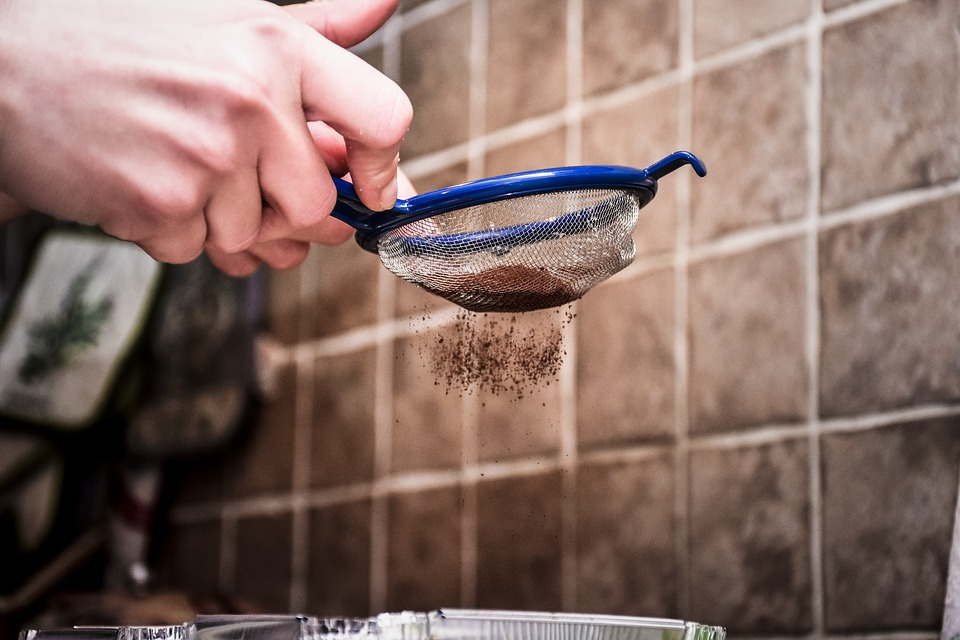 Like a rich dessert with an even richer history, tiramisù has amassed quite a fanbase. In fact, it is so beloved that March 21 was selected as "Tiramisù Day" by food writers Clara and Gigi Padovani. Tiramisù was also awarded the “Taste of Europe 2019” on Gelato Day that had been held every March 24 since 2013.
In the third edition of the Tiramisù World Cup held in Treviso on the first weekend of November, Fabio Peyla was crowned the Tiramisù Champion of the World. The Champion of the World of Creative Tiramisù was Sara Arrigoni with her mojito version.  Francesco Redi, the founder of the Tiramisù World Cup, recounts that he started the competition because relatives, friends, and acquaintances consistently claimed that only their mothers had the original recipe and could make it better than anyone else. So, he decided to find out which one really was the best in the world. 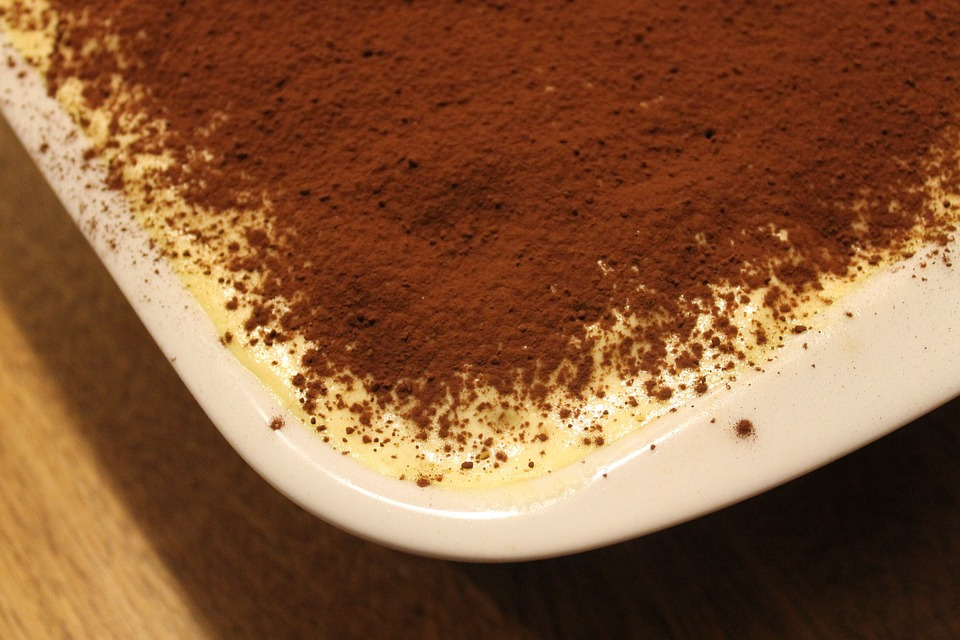 Why is it so good?

Tiramisù has conquered the palates and the hearts of many. It has spanned the globe by many names and in many forms, but it is always recognizable. The advent of tiramisù truly teaches us something: that things in life don't need to be complicated in order to make everyone happy. Between the sweetness of the sugar and the bitterness of the coffee — like many extremes in life — the secret is to find balance.
Tags:
tiramisu dessert pastry coffee biscuits siena ladyfinger savoiardi mascarpone chocolate medici family tuscany venice balance treviso
Other articles by
Chef S.
Other news categories:
Food Stories
Places
Ingredients
Dishes
To drink
The WalkingPalates library
Popular Tags:
wine italy rome venice meat chocolate piedmont cheese abruzzo tradition cookbook milan food naples recipes
Keep up with our latest news and experiences!
Subscribe to our newsletter!
Latest news:
Latest News