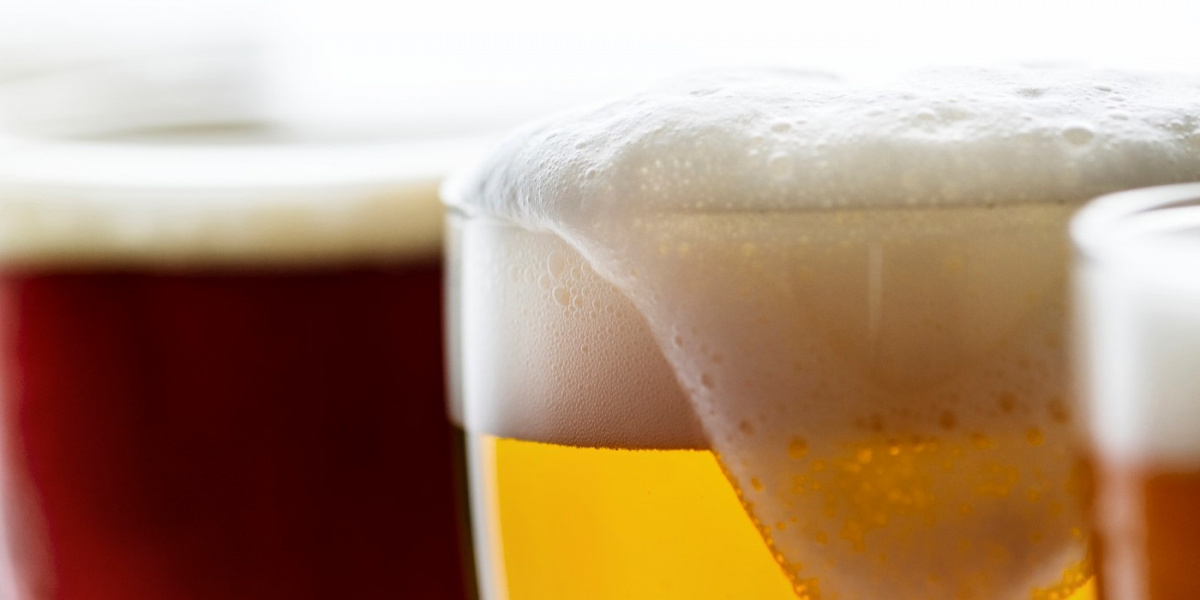 A few days ago, walking around Rome with two American friends, we ended up talking about beer – I wonder why.
One of them was surprised to find out that there are Italian craft beers? Well, yes! The response seemed obvious to me, because I love beer and I’ve been witnessing the incredible growth in offer and quality that has: a real Italian craft beer boom. However, it was not obvious at all to my friends who associate Italy with wine (of course!) and in whose country Italian craft beers have not arrived yet.
They rightly reminded me that until halfway through the twentieth century, Italy produced only a few brands of commercial beer. We looked into it, and we found out that until not long ago Italy was nearly dry as a dessert when it came to the subject of craft beers, with the exception of two brief interludes in the 80s, one in Sorrento and the other on Lake Garda.

But things have changed, and here I am writing about the marvelous and tasty world of Italian Craft beers – that you can discover better joining one of our craft beer tours!


A little bit of history, names and numbers 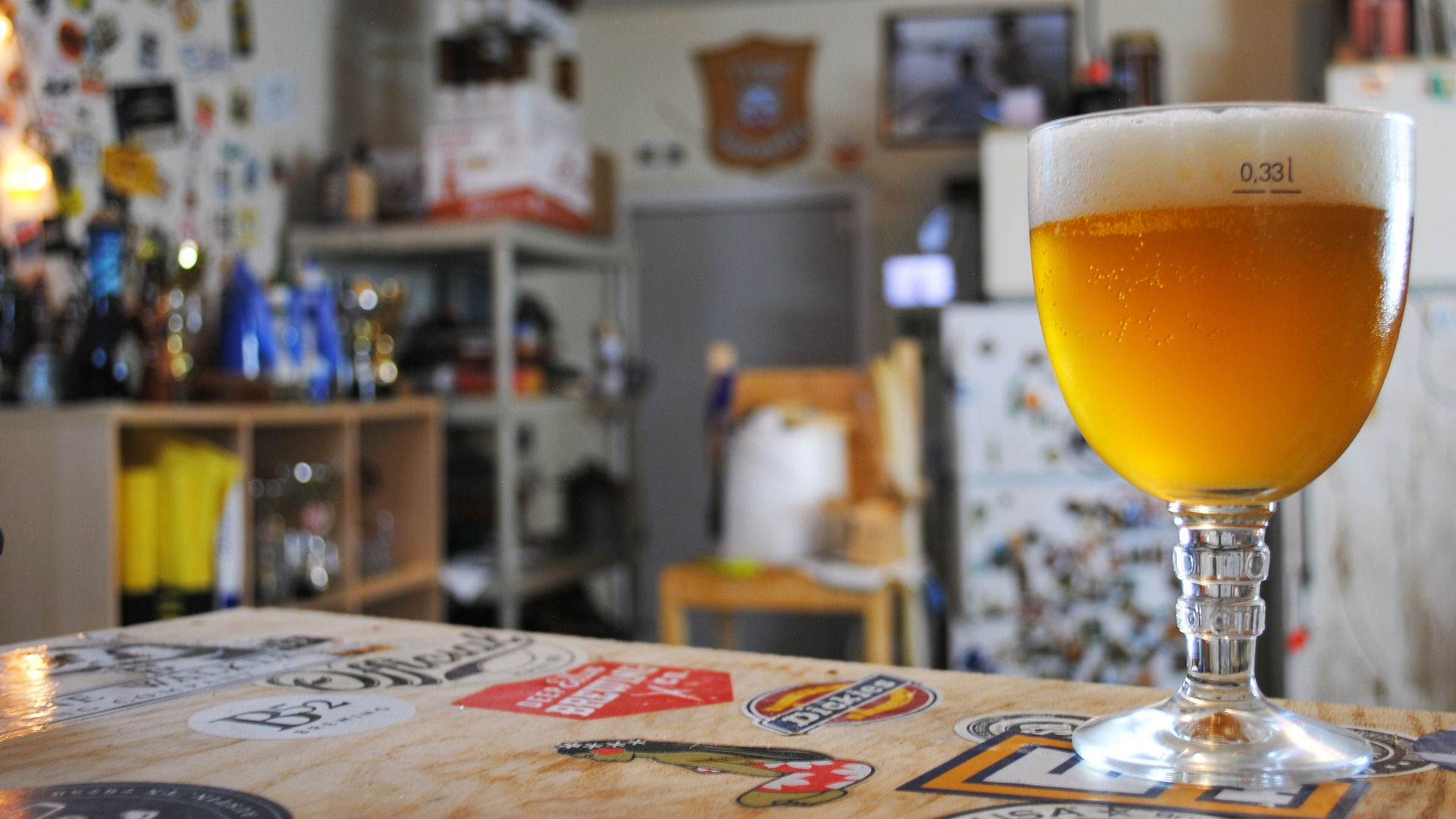 Everything changed in 1995, when the home production of beer became legal for non-commercial sale, and soon after the first small Italian breweries arrived. Six to be exact opened in 1996, almost all of them in the northern part of the country. From Baladin in Piozzo and Beba in Villar Perosa in Piedmont, to the Italian Brewery in Lurago Marinone in Lombardy, to Lambrate Brewery in Milan, all the way to the Turbacci Brewery that opened in Lazio at the gates of Rome.
Brands that, to this day, still stand on the cutting edge of the brewing industry in Italy and are becoming known beyond the national borders. Today in fact things are radically different. Italian craft beer has earned its place on the international stage, with Italy’s breweries even outnumbering Belgium’s!

The label “Made in Italy” has become a symbol of innovation and originality in the field. If it be true that this beer is a homemade tradition and that many manufacturers have begun to inspire the great world classics, it’s also true that we Italians have gone above and beyond that.
From beer flavored with chestnut, farrow, fruits (berries, pomegranate, mulberries… you name it) and spices like gentian and vanilla, to beers fermented with yeast from wine or champagne, to coffee beers—there is no limit to the imagination! More is still to be achieved – and a lot is being done – to acquire, select and design indigenous varieties of malt and hops.

In fact, in the countries of long-standing brewery tradition such as England, Belgium, and Germany, the territoriality of the beer is easily definable. In Italy, we find many diversified facilities, cutting-edge production techniques, but the near total absence of raw materials, most of which are of foreign origin. Today, the facilities that produce Italian craft beer number more than a thousand, counting “beer firms” — or, manufacturers that support other brewery facilities — covering 3.5% of the market.
These figures are encouraging when compared to the success of the United States where the primary craft beer manufacturers showed up in the ‘70s and now occupy 13% of the North American market.

The young age of Italian craft beer and the rather small dimensions of the present breweries in the territory offer a different view with respect to the Belgian or Anglo-Saxon varieties.
In addition to being expert beer crafters, Italian artisans also excel at selecting impeccable raw materials. For example the unique peaches of Volpedo or the Valle Bronda’s Ramassin plums are used in top beers that, to a large extent, meet (and often exceed) the quality of the great world classics. 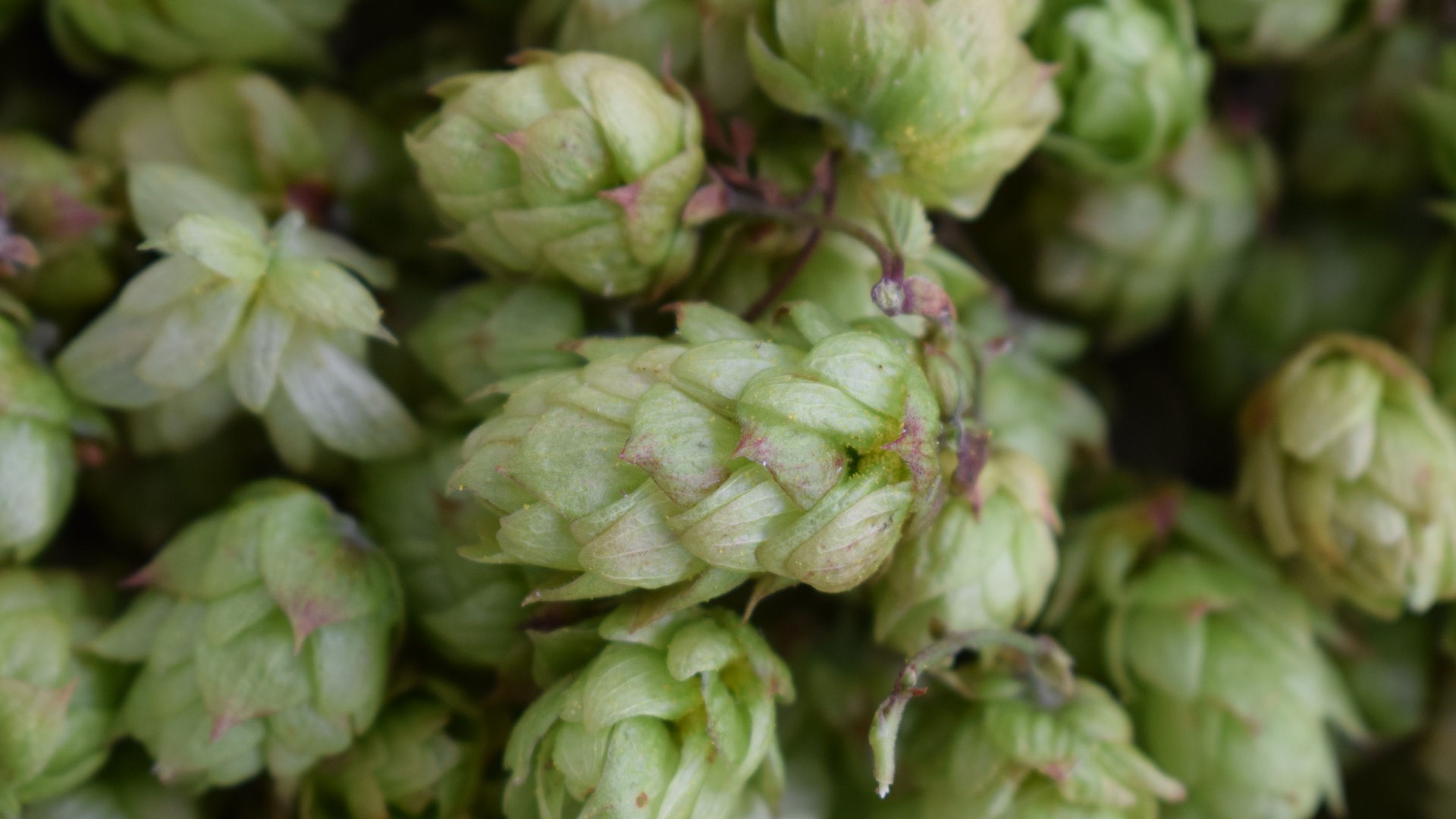 But what is Italian craft beer’s secret to its success? Simply put, the experimentation, technical solutions focused on productivity and on the addition of unexpected ingredients to malt, water, and yeast. This is the case in the process of “Dry Hopping” or, adding hops to cold must in order to contribute a floral fragrance and a hoppy aroma to the brew, which is much appreciated by the fans of Italian craft beer.

Microbreweries can be organized into four different categories: craft breweries without a taproom, brewpubs that produce beer accompanied by a pub or restaurant, beer firms, and agricultural breweries.
The last type, which is also the most recent development, is a thoroughly Italian peculiarity in which the production of beer results in activities connected with agriculture. In addition, the principal ingredients must be predominantly recovered (at least 51%) as products obtained from the farm.  The result is a vast array of beer varieties, often unfiltered, unpasteurized, and without preservatives. They are extremely versatile and are often also used in cooking.

One of the oldest craft breweries in Italy is “Uno” in Piedmont, but it’s definitely worth also mentioning the Foglie d’Erba Brewery in Friuli Venezia Giulia, the Italian Brewery in Lombardy, the Brewery dell’Eremo in Umbria and many others that could be found on a tour at length throughout Italy.
You cannot ignore the exponential rate at which micro-breweries in Italy are growing or the appreciation for artisanal products. The strong connection to seasonality allows for the regular rotation of ingredients, like artichoke or chestnut that has given life to a completely new style, like Italian Grape ale, prepared with must, saba, and grape. We promise to get back on this topic because it’s worth it! 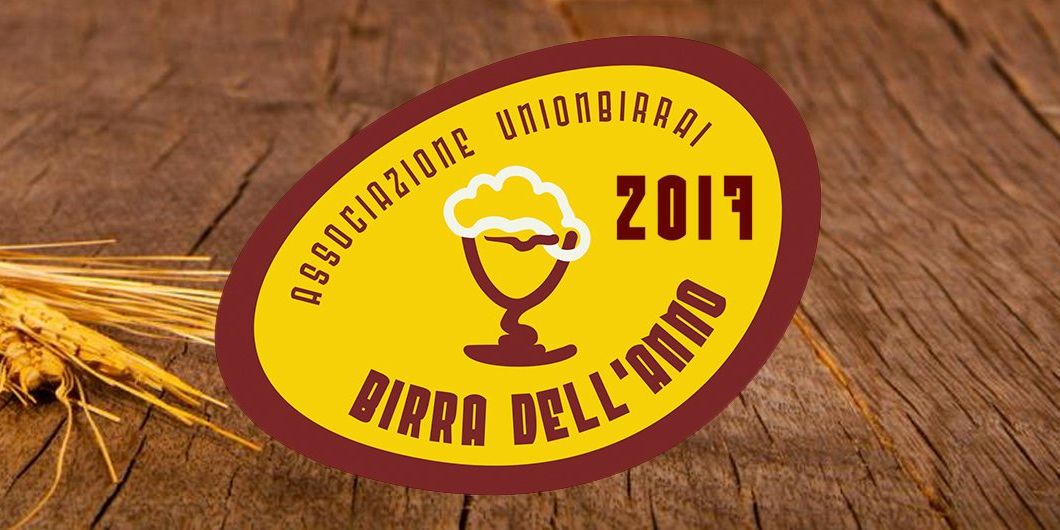 In the last few years awards and recognition have been established in Italy to honor the work of craft breweries and to strive to improve the level of quality in their products. Every year for the past fourteen, Unionbirra has organized a Beer of the Year competition that divides the best Italian craft beers into 14 categories and judges them with the help of 100 world-renown experts.

In 2019 they participated in the selection among 327 breweries that presented 1,994 beers, a significant increase from the previous year, demonstrating the extent to which the craft beer market is alive and flourishing. In the last iteration of the award, the grand prize winner was the Marche brewery, Mukkeler. For the past four years, FederBirra has offered a prize that involves brewing products.

The Best Italian Beer, within its 44 categories, assigns Gold, Silver, and Bronze Hops awards. In 2019, the general prize, la Spiga d’Oro (the Golden Grain), was assigned to the brewery Soralamà for their beer, Slurp. An award of a different nature is the Beer of the Year, developed by Fermento Birra, and named the Pallone d’Oro delle Birre (Golden Ball of beer).
To avoid misinterpretations by our non-European friends, the Golden Ball award is the most popular award designing the best football [soccer] player of the year. Unlike the others, this one does not evaluate the quality of a specific craft beer, but rather the annual work of a brewery in its involvement in the industry.
The idea is to avoid giving attention to the so-called pageant beers that are difficult to find in the store. Among the winners of the last year are Fabio Brocca of the Lambrate Brewery who claimed the trophy in 2015, Josif Vezzoli who produces Birra Elvo in 2017, and Marco Valeriani of the Hammer Brewery with a double victory in 2016 and 2018.

Italian craft beer in recent years is also recognized at the European and worldwide levels with some awards won on the occasion of Nuremburg’s European Beer Star awards and Belgium’s Brussels Beer Challenge. 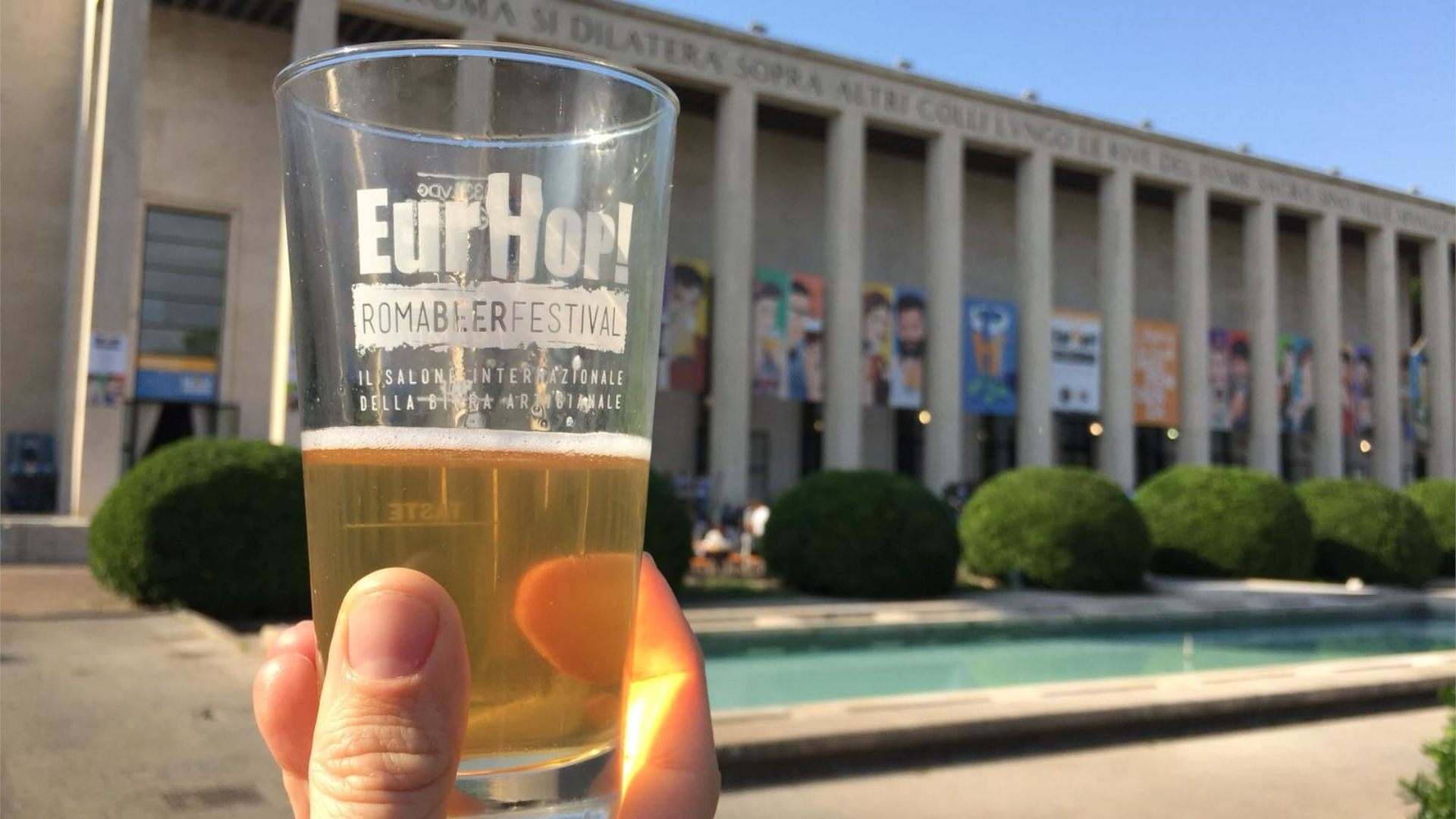 Confirming the thriving interest of Italians for craft beer, in Italy today there are hundreds of festivals dedicated to it.
Some are already well established: the Genova Beer Festival or “Eurhop! Roma Beer Festival” for example, attracts thousands of visitors. Others are emerging, as for instance La Fiera della Birra Artigianale (Craft Beer Pride) of Santa Lucia di Piave, at the seventh edition, Beeriver in Pisa, BeerDays, the Italian Craft Beer Festival held at the end of April in Fermo (Marche region). Last but not least, Birritalia, the festival of Italian craft breweries organized at the Music Park of Padova hosting more than 100 Italian craft beers beers to taste.

There are moreover the events organized from breweries to celebrate their birthdays, a tradition that has a long history among wine producers. The oldest of such traditions seems to be by Birra Della Merla, who has been celebrating for 13 straight years in Montegioco (about 60 miles east of Turin). It is openly held on the weekend closest to “i giorni della merla”, the days of the blackbird, which are the coldest of the year! Conversely, WoodsCrak is held at the end of May at Parco Fenice in Padua to celebrate the birthday of the Cr/Ak Brewery.

In three years, it has become a grand event, hosting foreign breweries, collaborations, and side events.  Traveling to the South, in August, we find the Birranova Beer Fest, a major event in Puglia that involves all of Triggianello, the countryside in which the Birranova Brewery can be found and where local and non-local beers are served between musical performances, food stands, workshops, and even more.

The choice is yours, so raise your glass (of beer, of course)! 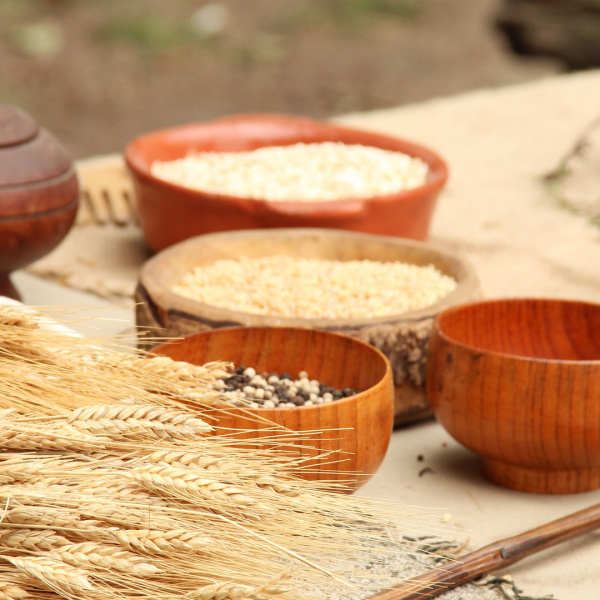 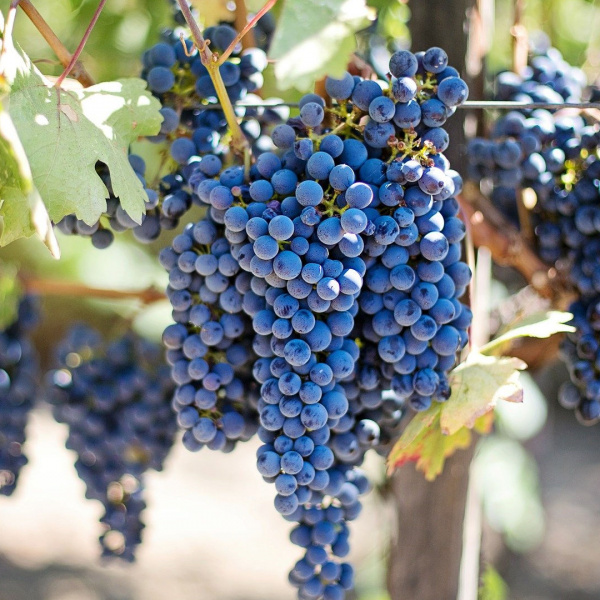 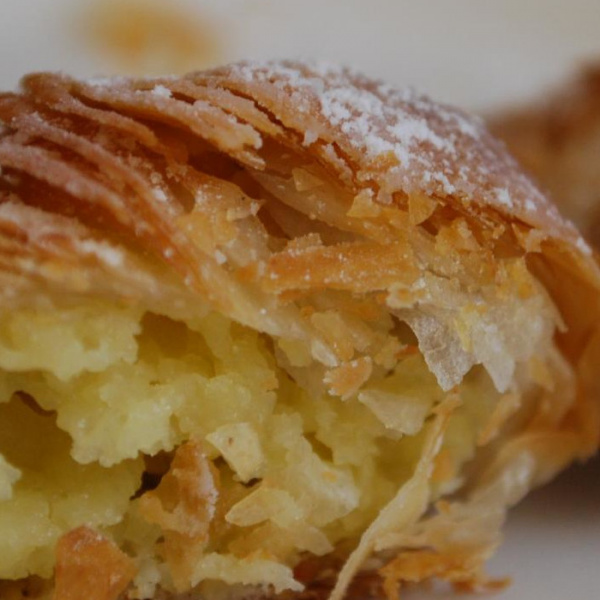 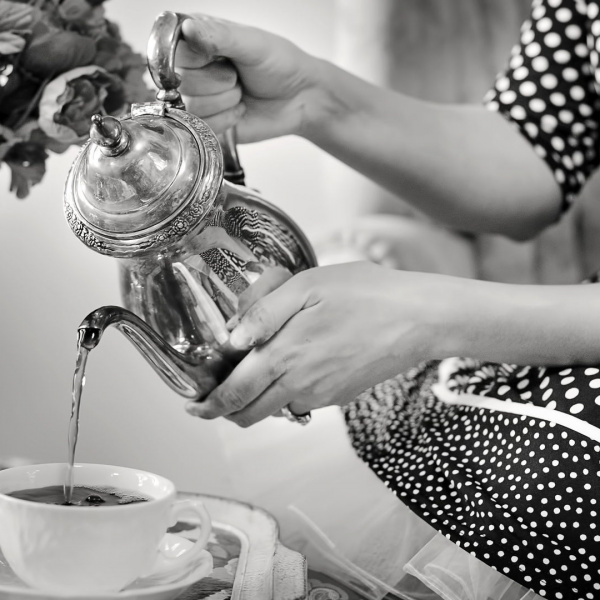 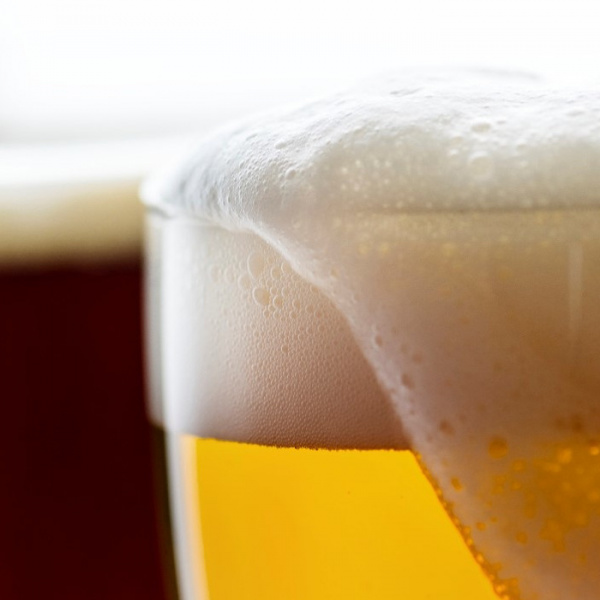 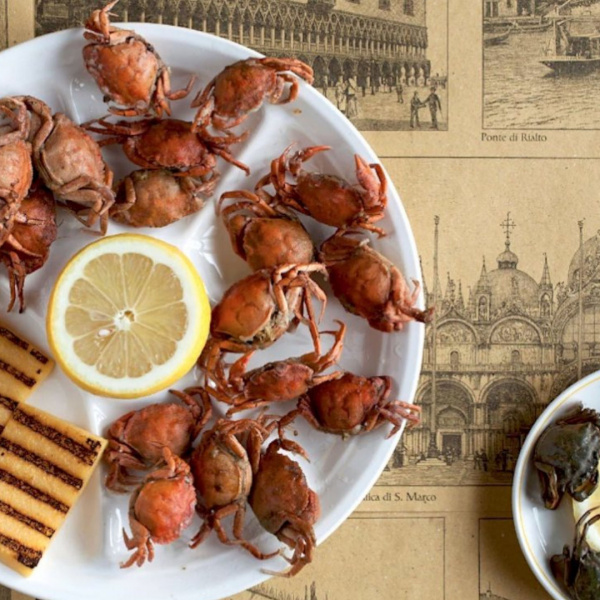