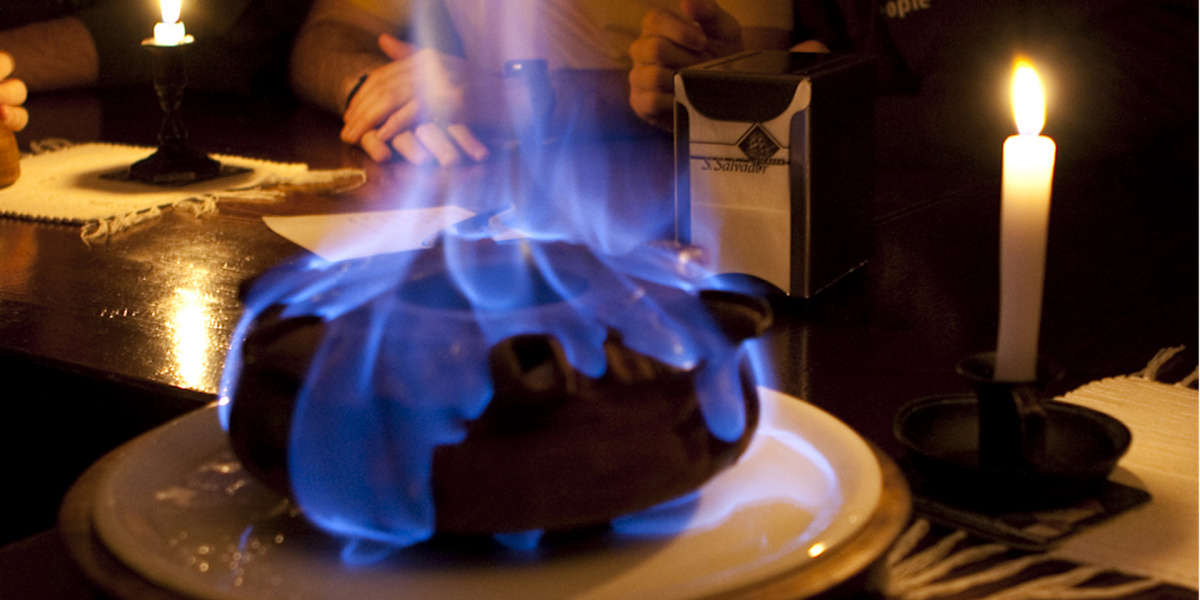 Grolla and the Friendship Cup

Unique Traditions from Valle d’Aosta
November 12, 2019
9 min.
Fabrizia D.
Gathering around a table with friends and family is, for us, the perfect opportunity to laugh, chat and share. Today, we travel to the north-west Italian region of Valle d'Aosta, on the border with France. It is a land of ancient castles, pristine valleys, charming landscapes and majestic mountains. While it may be Italy's tiniest region, it is rich in traditions and flavors, almost outside the vagaries of time. We are happy to share with you two of these traditions: friendship cups and grolla, objects with their own rituals and history that provide a fascinating glimpse into centuries-old ways of socializing.

A story of artisanship and good cheer

If you ever find yourself in Valle d'Aosta in January, make sure to visit the Fiera del Legno (Woodworking Fair) in the village of Sant'Orso di Donnas, a gathering of over 500 carpenters and artists, including professionals and apprentices from the region's various woodworking and sculpture schools. Here, you will find a treasure trove of unique grolla that were shaped on a lathe and subsequently decorated by hand according to the artisan's imagination. But what exactly is a grolla, you may wonder, and what do they have to do with friendship? Fair questions. Let's dive in! 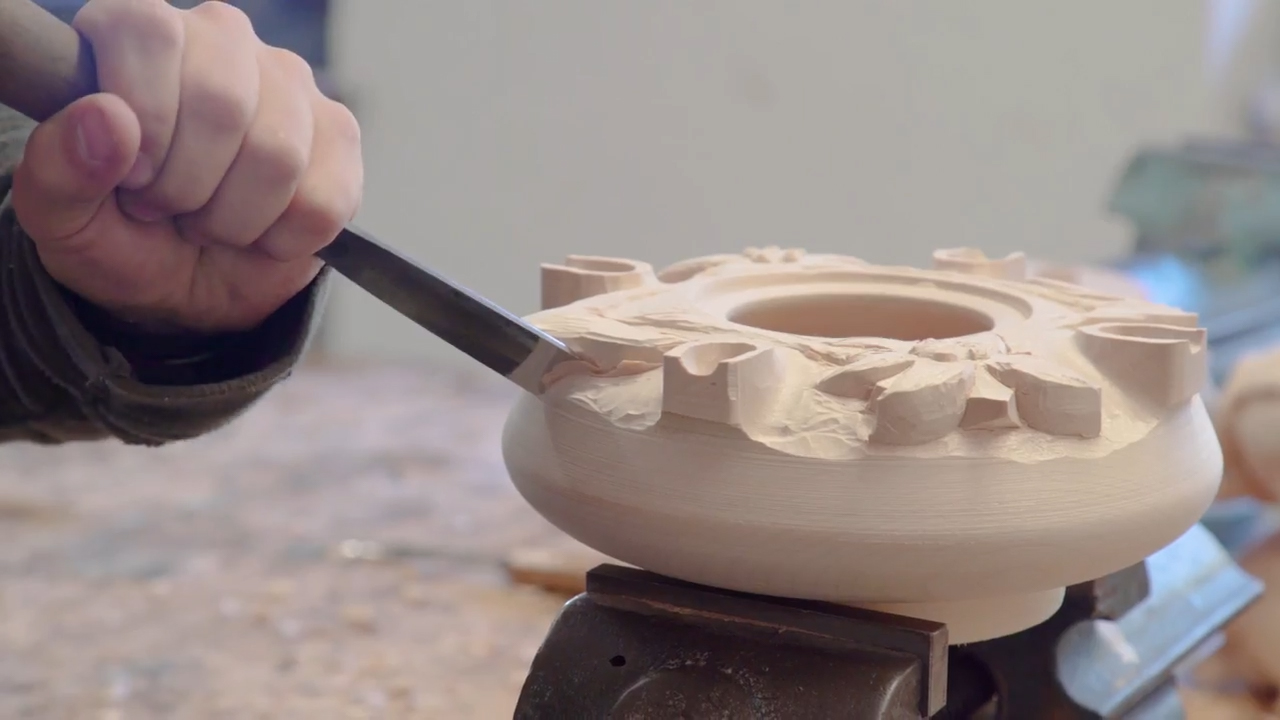 A grolla is a large, intricately carved, wooden chalice with a short stem and a lid. It is used for the traditional habit of sipping wine in groups, or à la ronde, as they say in these parts, which means passing things around in a circle. Does à la ronde sound French? Indeed, the inhabitants of Valle d'Aosta often speak French or a local dialect that is half French/half Italian. The chalice is handed over from person to person, each time wishing cheers and good health. Grolla today is also and often used as a souvenir, as a collector's item and as a championship cup in local sports competitions. They are very similar to friendship cup (coppa dell'amicizia) — which is also called locally by its French name, coupe de l’amitié. While both are made of carved wood, there are key design differences between the two. Grolla is tall and vertical, somehow like German beer steins, while friendship cup is stout and wide, and may resemble a Japanese tea pot. Moreover, friendship cups are encircled by a number of separate drinking spouts, one for each user. The number of spouts depends on the size of the object; small friendship cups may feature four spouts, which could grow to six, eight, ten, twelve or even more. Both grolle and friendship cups are used in the same manner, as a way of drinking traditional Caffè alla Valdostana (Valdaostan coffee). Notwithstanding their original differences, outside the region the terms grolla and friendship cup have become interchangeable and are both used to refer to the friendship-cup design.

Are wondering what is the proper way to use friendship cups? It's very easy! During winter, you use them à la ronde — drinking together in order to stay warm together! When it comes to friendship cups, each participant drinks from their own spout, then passes it to their neighbor in a clockwise manner — or is it counter-clockwise? Even in Valle d'Aosta, this is open to fierce debate, with the answer changing from valley to valley. The answer is of utmost importance, however, because passing it in the proper direction is said to bring good luck, and vice-versa. The answer never seems to get settled, because these discussions, of course, take place over overflowing grolle (plural of grolla) and friendship cups! One thing is very clear, however: you must never place the cup on the table while it is still being passed around, as all inhabitants of all the valley agree that this definitely brings bad luck.

The ritual of drinking together is both fun and highly symbolic. Sharing a hot drink among friends unleashes the warmth of social bonds. It heats up the body and spirit, something that is definitely needed during cold, Alpine winters. Grolle and friendship cups are both made from aromatic wood, which enhances the beverage's flavor. If you want to amaze your social circle while forging the bonds of friendship during a cold winter evening, prepare a batch of Caffè alla Valdostana, which is a warm flambée of coffee, spices, sugar and grappa or genepì — a local form of herbal schnapps, called génépy in French. Alternatively you could make a tasty vin brulé. Both of these drinks are served in grolle and friendship cups. They are easy to prepare and the results are guaranteed: friendship, warmth and good cheer! 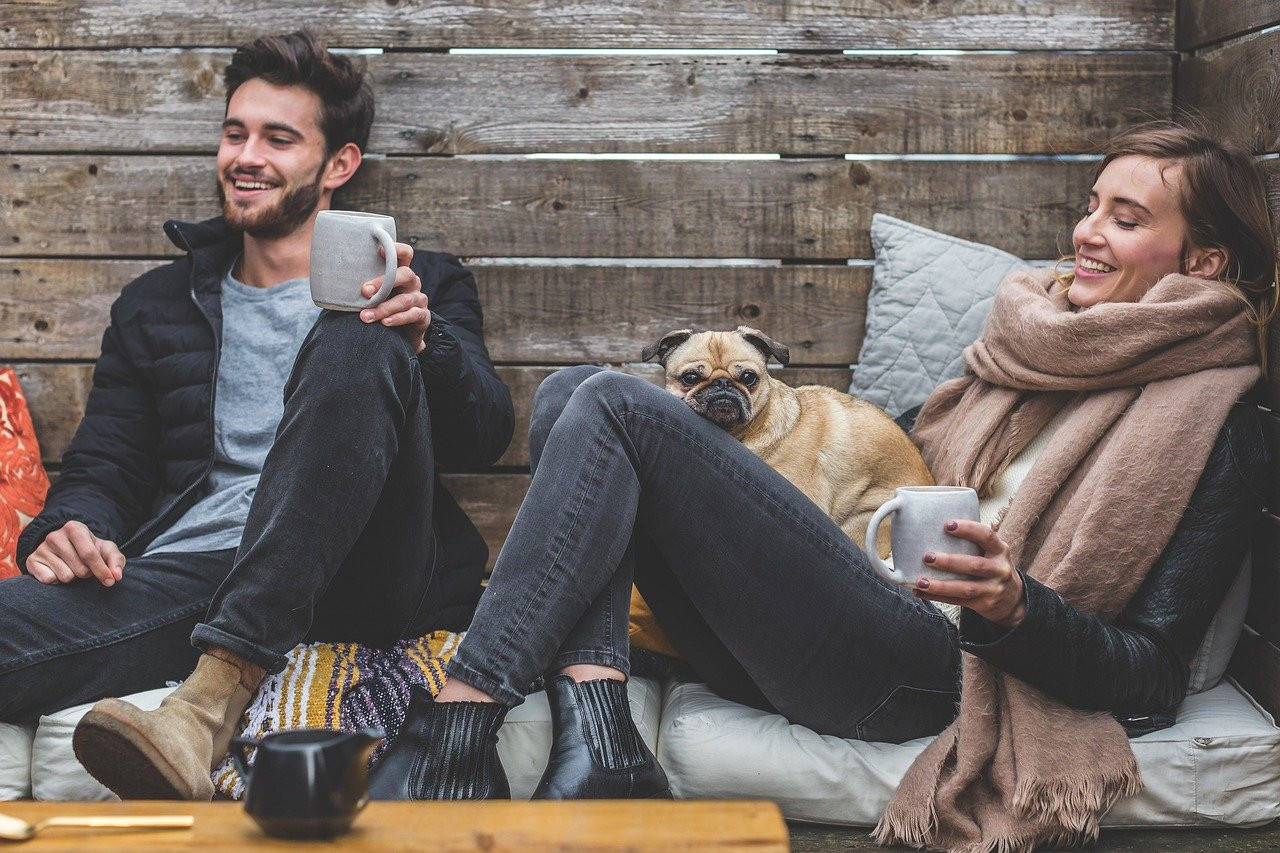 Proper care of your Cup

Has reading this blog post jogged your memory about a certain souvenir you bought at a Boutique de L’Artisanà during your last trip to Valle d'Aosta? A souvenir that you now realize is a grolla or a friendship cup? If so — or if you can't wait to buy one online — we'll now share with you the best way to keep them in top condition!

If the grolla is brand new and has never been used, you first need to season it by washing it in grappa or coffee grounds that have steeped overnight. Never use water! In the future, you should wipe it with a warm, damp cloth after each use. Store your item far from heat sources, as they could damage the wood.

We know that the friendship cup derived from the chalice, but the origins of the latter are not fully known, although there are a number of hypotheses. Some say that chalices were imported from the Burgandy region of France. Others, however, believe their origins are tied to the legend of the Holy Grail, the cup Jesus reputedly drank from during the Last Supper, which was searched for in vein by numerous real and literary knights on legendary adventures during the Middle Ages, including those of King Arthur. The use of grolla in Valle d'Aosta is documented as far back as early medieval times, but drinking from a communal cup dates back much further than that. Over the centuries, grolla have maintained their symbolic meaning. Originally, the custom was to pass a grolla around among drinking companions, exchanging cheers and wishes of good luck, as a means of invoking divine protection. This ritual was often performed by families on special occasions and holidays as a good omen. For this reason, grolle became precious family heirlooms that were carefully guarded and passed down from father to son. In more recent times, they have become a symbols of friendships formed outside the walls of the family home. According to the inhabitants of Valle d'Aosta, drinking from the same vessel strengthens bonds. In any case, lovely times spent with friends drinking fair quantities of alcohol are always sure to increase feelings of togetherness and companionship! 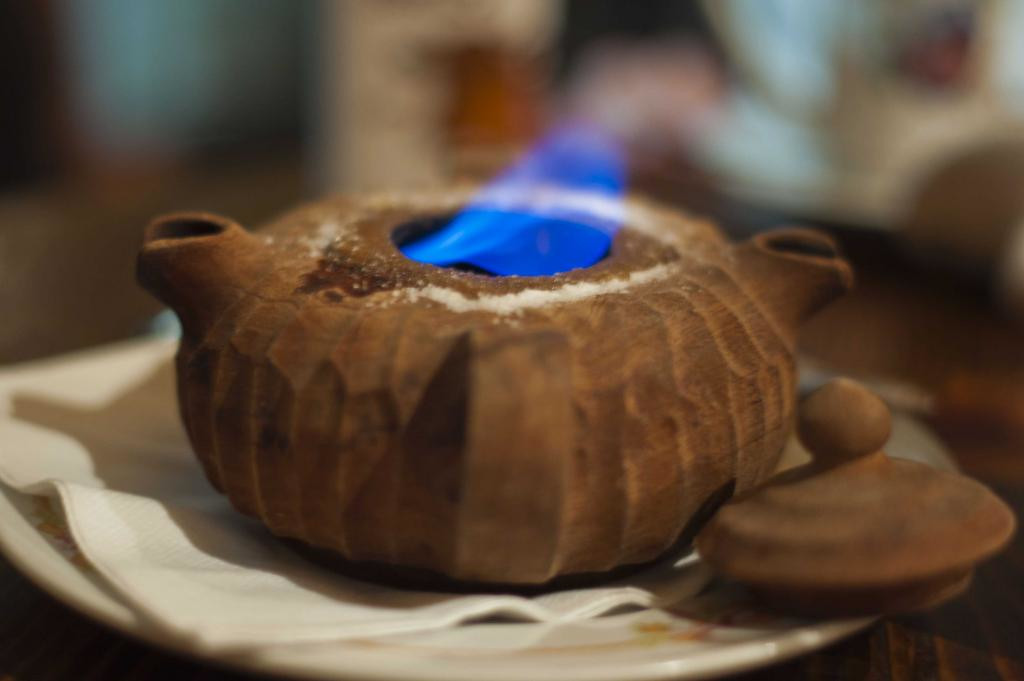 Today, grolle and friendship cups have also become coveted design objects reflecting the region's cultural and artistic heritage. Certain characteristics have remained unaltered over time. They are made only from wood, usually walnut or maple, although in the past apple or pear wood were also popular. They are first shaped on a lathe, and subsequently sculpted and decorated by hand by skilled artisans. After they are carved, they are immersed in boiling wine, giving them a unique red patina that enhances their value and allure, and also prepares them for use.

In Valle d'Aosta, there exists a variant of the popular children's board game Il Gioco dell'Oca (The Game of the Goose), a sort of Italian version of Chutes and Ladders. This local version is called Gioco della Grolla (The Game of the Grolla). The goose tokens are replaced by grolla ones, symbol of the region's traditions. This grolla makes its way around the board, on a voyage of discovery into Valdaostan folklore, sports and craftsmanship. The board is bordered by the famous Alpine peaks of Mont Blanc and Monte Rose and divided into 74 squares, the same as the number of municipalities in Valle d'Aosta. Starting at the Pont-Saint-Martin, site of a famous Roman bridge of the same name, it ends at the Mont Blanc tunnel that connects Italy and France, with a lot of meandering branches along the way that allow you to visit all the area's picturesque valleys. People of all ages enjoy this game, with older ones often sipping a warm Caffè alla Valdostana served in a grolla or friendship cup while playing. So much fun is had that, even if you lose, it is always an enjoyable experience!
Tags:
grolla friendship cup toast valle d’aosta wine coffee woodworking france tradition drinking spouts valdaostan coffee good luck toast king arthur holy grail design chutes and ladders mont blanc
Other articles by
Fabrizia D.
Other news categories:
Food Stories
Places
Ingredients
Dishes
To drink
The WalkingPalates library
Popular Tags:
cheese meat venice milan chocolate rome naples recipes italy wine food piedmont abruzzo cookbook tradition
Keep up with our latest news and experiences!
Subscribe to our newsletter!
Latest news:
Latest News