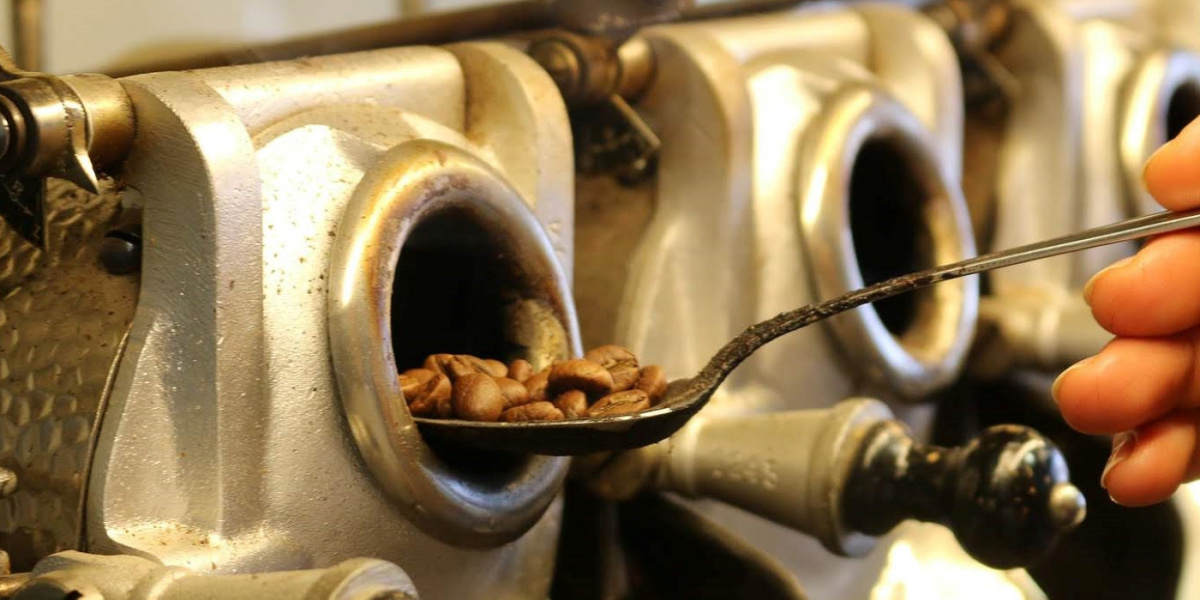 Goodness and Turin in a glass
April 10, 2020
7 min.
Antonio & Paolo
“Dressed as a Jesuit, and mischievously enjoying
the curiosity I aroused, I arrived at Caffè al Bicerin,
close to the Sanctuary of the Consolata, to taste their milk,
fragrant with cocoa, coffee and other flavors,
served in a glass with a metal holder and handle.”
The Prague Cemetery – Umberto Eco (transl. Richard Dixon)


Ernest Hemingway gave it a spot on his personal list of the 100 things in the world that must be saved at all costs, and his fellow author Umberto Eco from Italy dedicated a detailed part of his fantastic novel The Prague Cemetery to it. What are we talking about? The Bicerin, one of the historical symbols of Turin, a beverage with a marvelous flavor, made – like many other delicious things – with only a few, simple ingredients, namely chocolate, coffee, and cream. The consistencies and colors of these ingredients alternate, without mixing, in a little drinking glass. In fact, the drink is named after the small glass that it is served in, called bicchierino in Italian and bicerin in the regional Piedmontese. The result is a pleasure for not just the palate, but the eyes as well! Let’s discover the drink’s origins together. 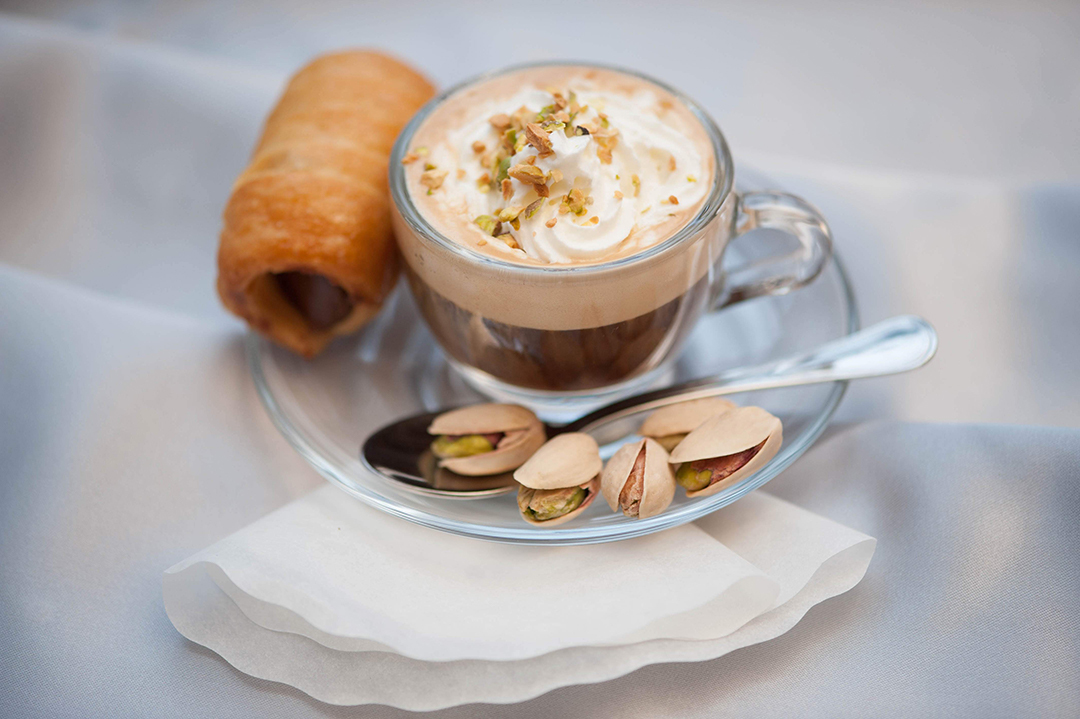 The History of Bicerin

Bicerin is the evolution of the bavarèisa, a popular drink in the 18th century, much appreciated by Turin’s high society. It was made with coffee, chocolate, milk, and syrup, and it was served for breakfast in large glasses. Back then Turin was seen as an important trendsetter of tastes not only in Italy but also, to a large extent, in the rest of Europe. In 1763, a man by the name of Giuseppe Dentis opened a small shop in the building in front of the Santuario della Consolata church in central Turin. This strategic position – the church was visited almost daily by the King, by the royal house and therefore by the nobles and the influential – quickly turned the shop into a mecca, attracting churchgoers after the Sunday mass and even during Lent. Hot chocolate was actually not considered food at the time, and could therefore be consumed guilt-free while fasting. As the story goes, one of the founding fathers of Italy, the secular and anticlerical Count Camillo Benso of Cavour, made a habit of not accompanying the royal family into the church, preferring to wait for them outside, comfortably seated at a table underneath the clock, sipping at his Bicerin and watching the church doors from behind the curtains.

The Bicerin ritual initially dictated the three ingredients to be served separately, but already by the 19th century they were united in a single glass in a drink that came in three variants: a cappuccino-like called pur e fiur, a chocolate-and-coffee-combining one named pur e barba, and the jack of all trades, ‘n poc ‘d tut (whose name literally means “a bit of everything”) which combines all three ingredients. The last of the three recipes proved the most successful and defeated the other two to arrive to current times bearing the name of the glass in which it was (and still is) served. Traditionally Bicerin was accompanied by a whole 14 different kinds of artisanal bagnato biscuits specifically designed to be dipped in the drink. They even invented a special cup (called mancerina) for this, which was held in the left hand while the right introduced the treats to the beverage. Two highly decorated mancerina cups remain to this day, conserved in the display cabinets of the Royal Palace Café. The place where Bicerin was first served still exists – and it even carries the same name! This drink is one of the culinary symbols of Turin, and in 2001 it was added to the official list of Piedmont’s traditional food products with PAT status. 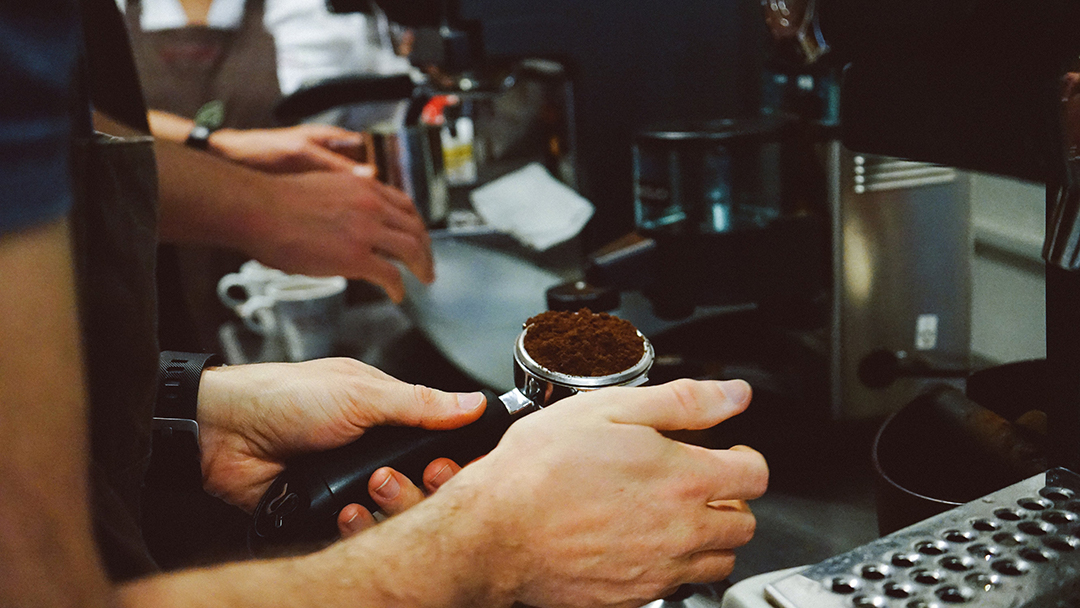 While it’s true that the historical, first shop that made it, called Caffè al Bicerin, guards its original recipe jealously (especially as far as amounts are concerned), the ingredients are well known, and you can order a Bicerin in plenty of other cafés in the Piedmontese capital! We’re actually assuming that after all this you’ve started craving the drink. If you happen to be in the neighborhood and have the opportunity to try a real Turinese Bicerin comfortably seated somewhere, we recommend choosing one of the several 19th century cafés of the city center, perhaps one in the Art nouveau style, and in the company of a good friend or book: the atmosphere will help you spend an amazing half hour. For people further away from the city, it’s possible to sate the craving with a home-made Bicerin. 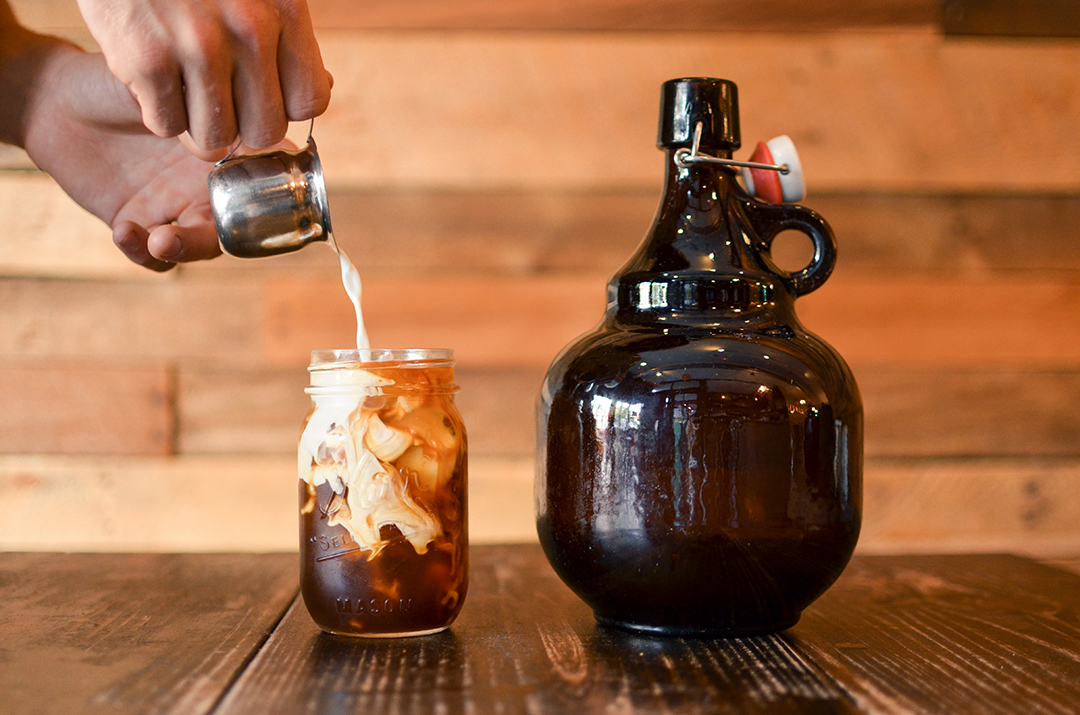 When a beverage becomes as successful as Bicerin, people of course rush to experiment. Out of all the variants, there’s one that we think really works: the liquore al Bicerin, or Bicerin liquor. Enjoyed by itself or with a nice dessert, this liquor is truly tasty and versatile to boot: try it as a coffee chaser or in an affogato. And since we’re talking about chocolaty liquors, we can’t neglect to tell you about another elixir stretching back over a century in Turinese tradition, just like the Bicerin, and that is also found on the official list of traditional Piedmontese foods with PAT status: We’re talking about the Bicerin di Gianduiotto, a creamy, gluten-free liquor with a natural gianduja base.

Let’s be clear: Bicerin is one of those things that you struggle to find faults in. The only thing you won’t like, sitting at a café and enjoying this little jewel of Piedmontese cuisine, is that it’s just a little glass. The problem can, of course, be easily solved by ordering another one; in this case, the solution really is served on a silver platter!
Tags:
bicerin chocolate hot drink piedmont turin ernest hemingway umberto eco bavarèisa lent camillo benso of cavour savoy family king liquor gianduiotto
Other articles by
Antonio & Paolo
Other news categories:
Food Stories
Places
Ingredients
Dishes
To drink
The WalkingPalates library
Popular Tags:
italy cookbook food rome piedmont cheese meat chocolate tradition milan recipes venice abruzzo naples wine
Keep up with our latest news and experiences!
Subscribe to our newsletter!
Latest news:
Latest News