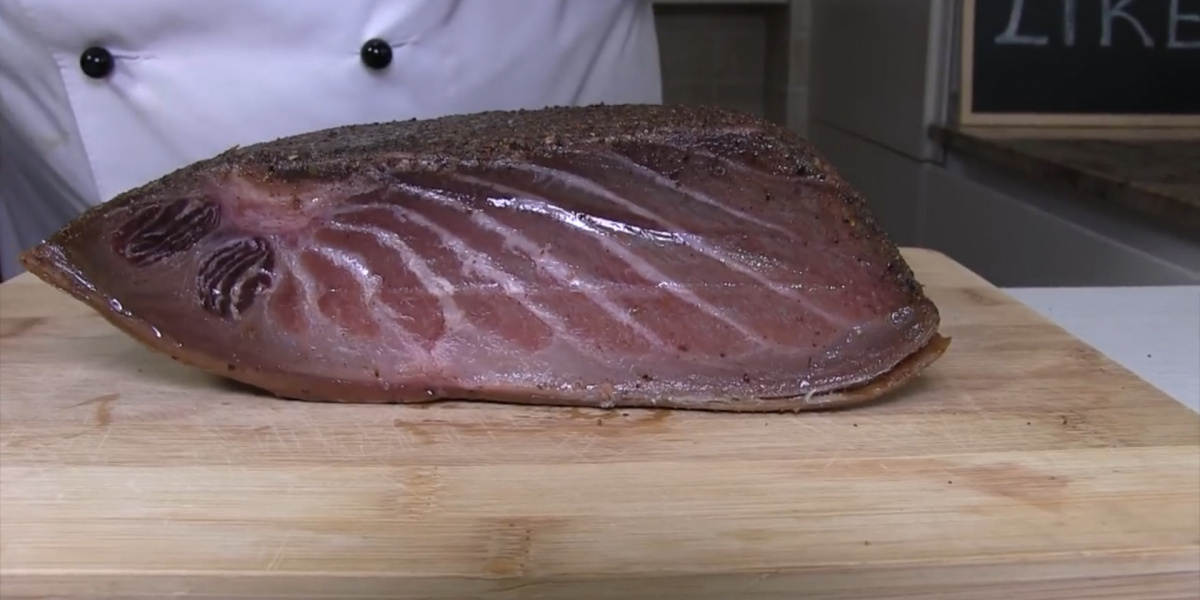 An ingredient unknown to most
November 25, 2020
7 min.
Maicol S.
The Italian culinary tradition has deep, sturdy roots. Over the course of centuries, a “bible” of immutable recipes made from invariable ingredients has emerged, available to anyone wanting to worship its delights — from neophytes to true believers. But there is always room for experimentation, at least sometimes! At Walking Palates, we admire innovation as much as we do tradition, otherwise the fun and adventure of life would drain away. For this reason, we are writing about an ingredient produced only in Italy, famous in the Far East, and barely known in the West — Italy included. It is a game-changing secret ingredient that totally revolutionizes some of Italy's most popular recipes, such as Pasta alla Carbonara or Spaghetti all'Amatriciana. Read on as we share with you this hush-hush, cutting-edge culinary delight that in Italian is called “guanciale di mare”, something that could be translated as “sea bacon” but that has nothing to do with it.

A journey to far-off lands 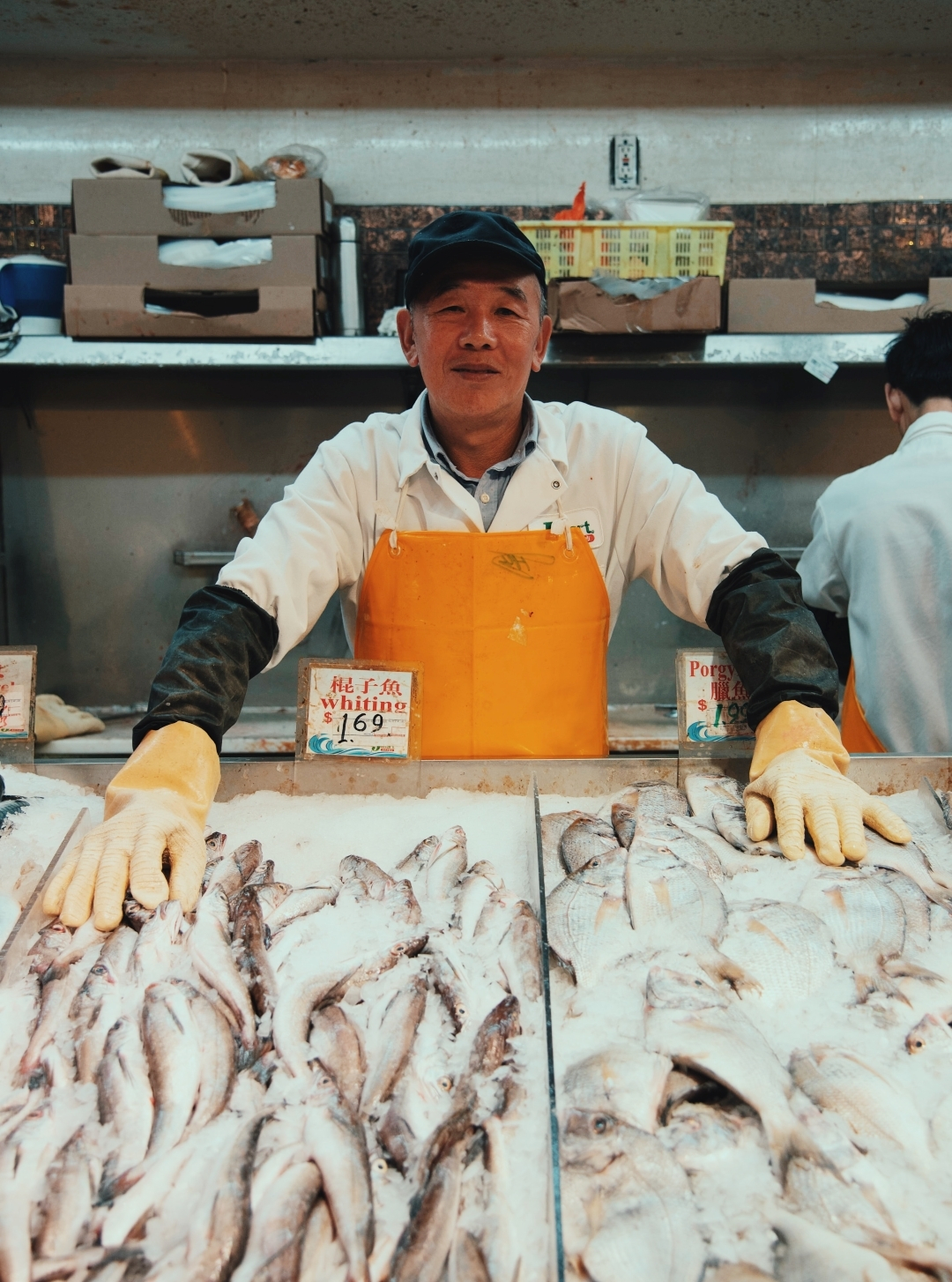 We'll be leaving Italy for a moment, because this product has connections with Japan's bustling Tsukiji Fish Market, located in the heart of Tokyo. It was here, in 2017, that an enormous bluefin tuna, weighing 212 kilo (467 pounds), was auctioned off for the exorbitant sum of 74 million Yen — the equivalent of approximately 600,000 Euro, 700,000 USD or 550,000 GBP. There were many parties interested in hooking this coveted catch; the great fish experts of the Tsukiji Market were especially focused on procuring its fattest part, the belly, also known as ventresca in Italian. Defined by a soft, rich flavor, this top-grade cut comes from the abdominal flank and cavity of large-sized tuna. Why are we talking about this auction in Japan? To show how prized this item is in the Land of the Rising Sun, with most of the world's production of this product being exported there.

The fruit of creative genius 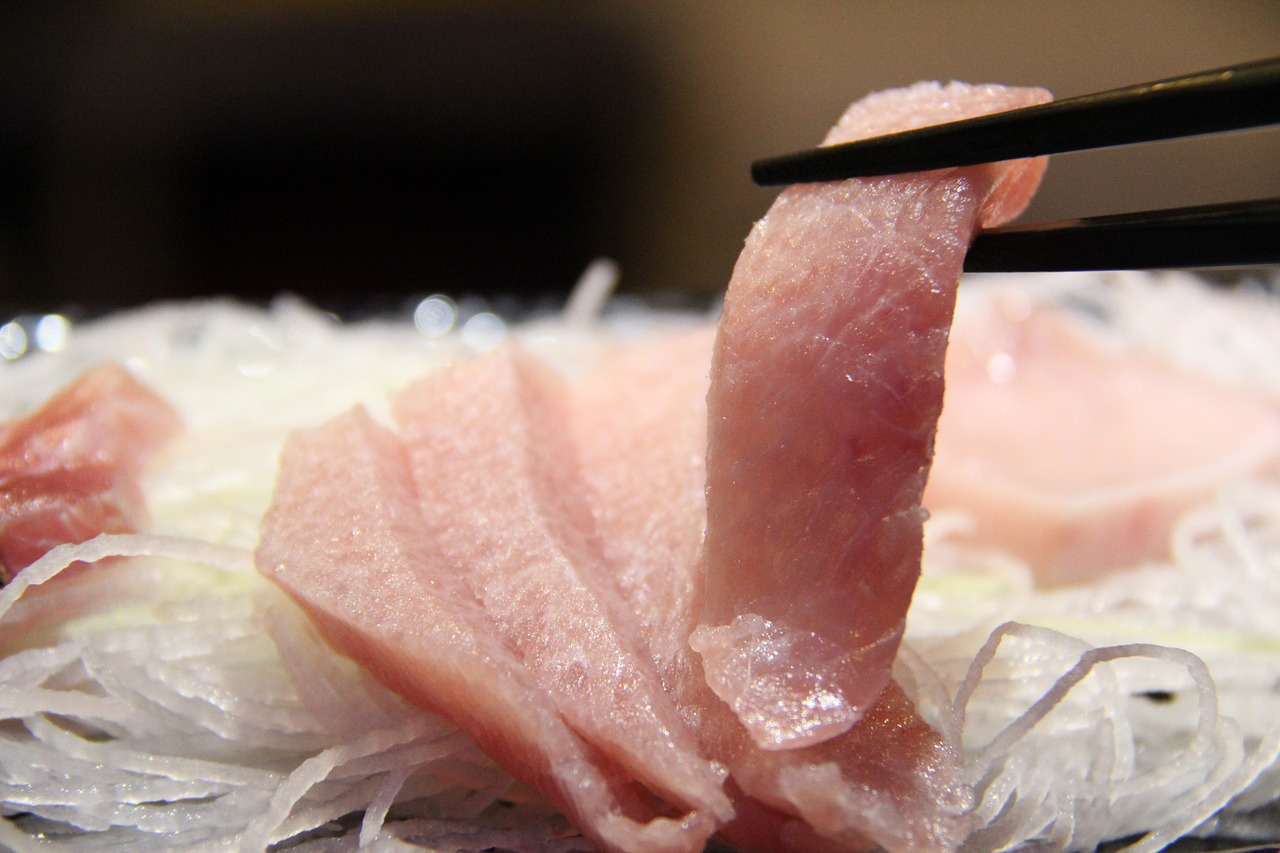 Bluefin-tuna ventresca is a highly sought-after, expensive ingredient. But this item alone is not enough to turn some of the most characteristic recipes of the Italian tradition completely on their head. It first must be transformed in appearance and flavor into something similar-yet-different, in other words, something resembling the common Italian ingredients guanciale and pancetta — types of bacon that come, respectively, from the jowl and belly of a pig. Bluefin tuna proliferates in the Mediterranean and, thanks to sustainable fishing, ventresca is produced on a large scale in many Italian waters. Some unknown genius came up with the brilliant idea of applying the techniques of high-quality salami production to this item, with one-of-a-kind results. Ventresca left the coast and entered the Tuscan countryside. Int the skilled hands of expert artisans specialized in cured meats, a series of highly original delicacies were born — including Sea guanciale! Imagine the most famous cured meat products, but, instead of using pork, use the best cut of one of the most delicious fish in the world. It's no wonder the results are so amazing.

A modern take on an ancient tradition

The production of cured seafood is fairly old. The current manufacturing process is based off long-standing recipes passed down over the generations since the late 1800s, using techniques that date back much further than that. The idea of creating cured meats from seafood is linked to medieval Florence's historic Banca del Sale, a bank that stored salt as a type of currency and also specialized in preserving various food products by curing them with salt or brine. In the 1400s, this institution created the ancestors of modern-day cured seafood. The transformation of fresh fish into a preserved product that has been aged over six months was done for over a hundred years, since the invention of seafood sausage in Tuscany. The use of ventresca in cured seafood, however, is rather recent, arising around approximately thirty years ago at the same time as other creations such as trout salami. Hand-salting is a crucial part of this product's success. Over time, this process has been refined using top-quality ingredients, including not only ventresca, but also top-grade spices and salt from the famed salt mines of Volterra, near Pisa. During a meticulous process, the tuna belly is salted or cured, then delicately smoked using oak and beech shavings, giving the product a unique and very characteristic flavor. At this point, you may be ready to dig in, but you will have to wait until the conclusion of the next phase, when it is cured for 24 months in a climate-controlled environment where temperature and humidity are highly regulated to avoid ruining this coveted, high-quality product. The end result is an extremely tender meat that lies halfway between fish and bacon, with a unequalled taste and aroma that embodies the spices and smoking used when curing it. This is just one of many products that have sprung from the creative culinary genius of the best producers of the Tuscan cured meat tradition, and we will definitely be exploring more of these in future posts, so be sure to check back in! 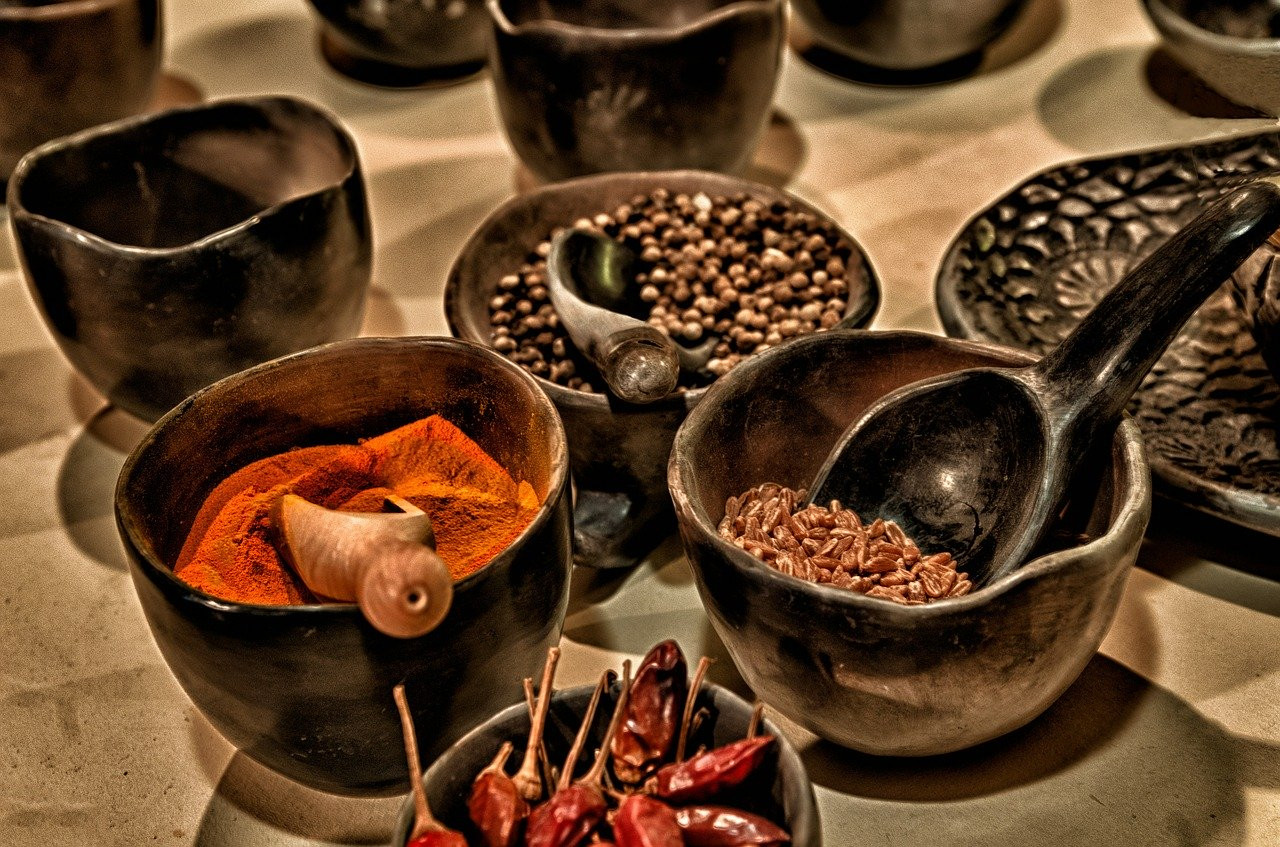 Give it a try!

At this point, it is obvious we are talking about a special, one-of-a-kind food product, whose new, unique, tantalizing flavor can be used in numerous recipes and preparations. When cooking, the only limit is your imagination, so get creative! We suggest — although the idea is not ours — to start experimenting by replacing traditional pork guanciale with the sea, bluefin tuna variety in standard recipes. You can also try to use it in other types of dishes and find out which ones best suit your taste. Test it out with wine, cheese and a variety of sauces. But before doing that, you need to know how to buy it. It's actually not that easy to find “sea guanciale” for two main reasons. First, it is quite pricy. The going rate for 500 g (17.5 oz) runs around 90 Euros, the equivalent of approximately 100 USD or 80 GBP. While this price is justified due to the product's excellent quality, top ingredients and long, artisanal production methods, it is not within everyone's budget. The second issue is waiting times. If you want to buy it directly from the producer, it is necessary to place an order at least twelve months in advance. You can also find it at specialized retailers, but usually at higher prices for smaller quantities.

We hope this last bit of info doesn't discourage you from trying sea guanciale in your home cooking. If it hasn't, congratulations! You are now an official, honorary member of the Walking Palates team! Personally, our curiosity couldn't resist trying this delicacy, and we have already ordered a few kilos just to experiment a little. We hope to try it with Pasta alla Carbonara, Spaghetti all'Amatriciana, and Gnochetti with Guanciale and Pecorino. We have a few more grueling months to wait for our order to arrive, but we know it will be worth it! Our only worry is...will two kilos be enough?
Tags:
tuna bacon innovation japan florence game-changer carbonara amatriciana bluefin tuna sea bacon guanciale volterra cured mear tuscany pork
Other articles by
Maicol S.
Other news categories:
Food Stories
Places
Ingredients
Dishes
To drink
Best of...
Popular Tags:
history chocolate sommelier wine milan venice tradition naples about us carbonara walkingpalates food piedmont rome food tour
Keep up with our latest news and experiences!
Subscribe to our newsletter!
Latest news:
Latest News